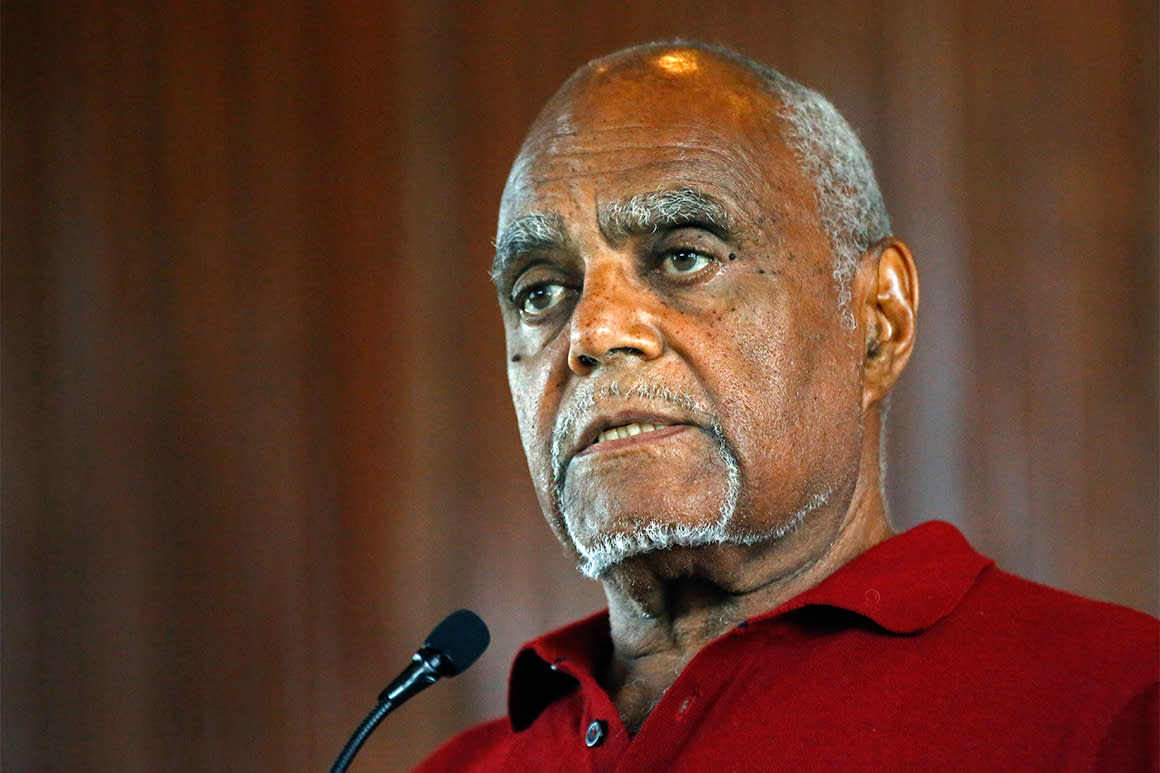 A civil rights leader with a second act

During the 1960s, dozens of social activists burned brightly and then walked off the stage – noting a mention in the history books or perhaps little more, but living their lives in relative privacy. A small number of these young leaders, however, created second acts for themselves, finding ways to continue the work for freedom and equality even after the political energies of the time had dissipated. One of the giants of the civil rights movement who achieved this feat was philosopher-turned-organizer-turned-educator Robert Parris Moses, who died in July at the age of 86.

Who was Bob Moses? His name may be well known, but his life’s work is less so. During former President Donald Trump’s second impeachment hearing earlier this year, Rep. Jamie Raskin (D-Md.) repeatedly misidentified Moses as former president of the Student Nonviolent Coordinating Committee (SNCC) – the civil rights group of the 1960s – which he was, alas, not. But Raskin’s confusion was understandable. Although Moses would later be eclipsed in fame by fellow SNCC members like Rep. John Lewis, Julian Bond and even Stokely Carmichael, the activist for a time enjoyed a special mystique.

Born in Harlem, a graduate of the famous Stuyvesant High School in New York, a Rhodes Scholar who pursued doctoral studies at Harvard in philosophy, Moses had a deep interest in Albert Camus, existentialism and theology, which made him unusually appealing to reporters covering the black student. movement in the South. He behaved, moreover, with an unprepossessing air that contrasted sharply with the flamboyance of the charismatic black preachers who led the movement.

Ironically, Moses did not even participate in the historic 1960 lunch counter sit-ins that led to the creation of SNCC. He read about them in the newspaper from his Harlem apartment. But he was inspired by the courage and willingness shown by students, just a few years younger than him, putting their bodies on the line. He quit his job as a math teacher at a preparatory school in elite in New York and headed south to join the movement. In the summer of 1960, he reported to Atlanta, where the newly formed SNCC was housed in the offices of the Southern Christian Leadership Conference, the organization of Martin Luther King Jr. Moses took up a small office and moved put to work without any clear assignment. “I was licking the envelopes, one at a time, and talking about Niebuhr and Tillich with Jane Stembridge,” he said in an early interview, referring to a newly hired Union Theological Seminary student. as temporary director of the new group.

For all his intellectual leanings and airs, Moses soon left Atlanta to become one of SNCC’s first field organizers. Under the supervision of a an older activist from Mississippi named Amzie Moore, he ventured into rural Mississippi, where the white supremacist order has resisted change more fiercely than anywhere else in the country. In slow and very personal work, he joined local African Americans in helping them gain the right to vote. Over the next few years, SNCC’s activism would expand widely across the South, but the Mississippi campaign would become its biggest and toughest. Friends and colleagues of Moïse were often beaten, brutalized and even murdered. In 1961, Billy Jack Caston, a white supremacist and cousin of the local sheriff, attacked Moses himself on the steps of the courthouse in a town called Liberty, opening a bloody gash in his skull that would require eight stitches. On another occasion, Moses was shot and nearly killed as bullets whizzed past his head.

The Mississippi Project, as it was called, which culminated in 1964’s Freedom Summer, was ultimately a mixed success. On the one hand, SNCC activists considered it a cruel defeat when, at the 1964 Democratic National Convention, the party refused to seat a delegation from their Mississippi Freedom Democratic Party in place of the traditional segregationist representatives entirely white in the state. But if the SNCC lost the battle, it won the war. President Lyndon B. Johnson and Democrats supported the fight for national voting rights legislation, and the Voting Rights Act became law the following summer. The organization in Mississippi by Moses and others also galvanized a generation of activists, for whom it will remain a formative and inspiring experience.

After the mid-1960s, the civil rights movement fractured. Following the passage of the Civil Rights and Voting Rights Acts, the spotlight turned to intractable economic and social issues around which there was no clear political consensus and which could not be resolved by an act of Congress. or a Supreme Court decision. The SNCC itself was divided on politics, non-violence and black power. The Vietnam War increasingly absorbed the energies of young protesters.

Always independent-minded, Moses found himself a little lonely during this period of realignments. Along with integrationist leaders like Lewis and Bond, he left the SNCC when he swung into activism. But for a time he also embraced black separatism, even dropping his last name (he was called “Robert Parris” for a time) and settling in Tanzania. He ended up giving up his flirtation with separatism, however, seeing it as a phase in his intellectual development that he could leave behind.

The challenge for many veterans of the movement – ​​who achieved so much when they were only in their 20s or 30s – was what to do next. Some have never found a vocation. Others have found fulfillment in academia, journalism or social policy work, continuing to make activism a part of their lives. A few, like Lewis and Bond, had prominent careers in politics. The path Moses chose for his last four decades was more unusual and perhaps in some ways more difficult: an effort to expand and improve mathematics education, especially for disadvantaged students, called The Algebra Project.

Just as Moses had seen his civil rights work as an outgrowth of his study of philosophy, he viewed his commitment to what he called “math literacy” as an extension of his involvement in the struggle for freedom. of the 1960s. The low level of math education in urban neighborhoods and rural communities, he liked to say, was as urgent as the inability of black Mississippians to get the vote in the early 1960s. , a similar type of community organization was needed. Moses then built a team, trained teachers in innovative teaching methods, and created an organization whose staff members interacted closely with students, parents, teachers, and community leaders in cities across the country. According to a 2002 Mother Jones profile of Moses, research into the effectiveness of the algebra project found that it helped students improve their math skills, as measured by standardized tests, and likely boosted college enrollment among its graduates.

It wasn’t glamorous work, but Moïse knew that building on the gains of the civil rights movement in the decades since its glory days meant a shift in focus. While protests and marches still had a role to play, tackling inequality in areas such as education required a different kind of solution, one that looked at the bottom line of how people lived, worked and learned. Robert Moses not only led a long and productive life, but through his second act ensured that the civil rights movement did the same.