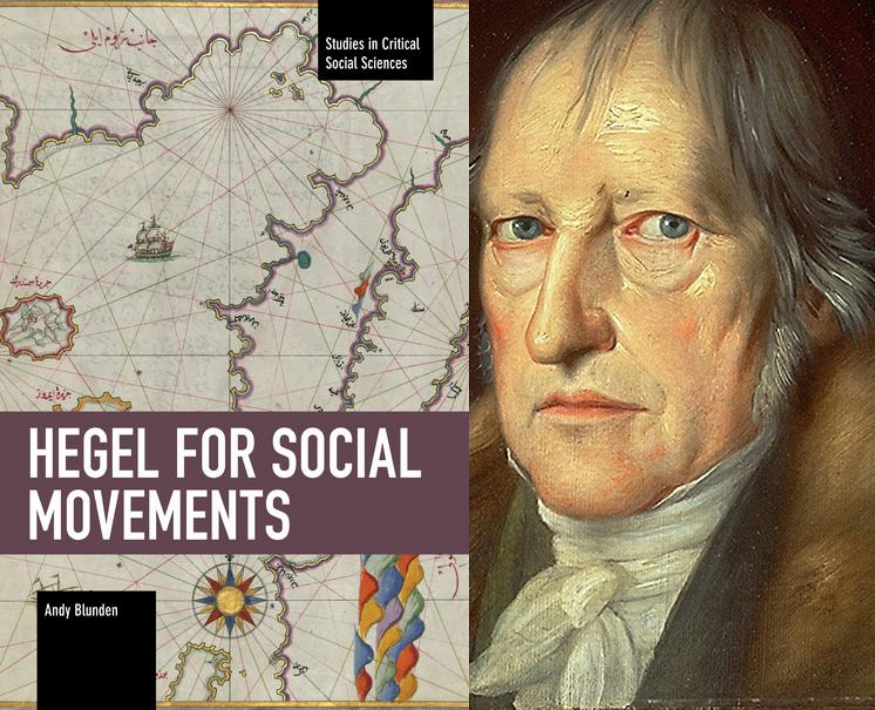 Georg Wilhelm Friedrich Hegel was born 250 years ago on August 27, 1770 in Stuttgart, Germany. During his lifetime he was the most influential and prominent German philosopher.

Its continued relevance is visible in all the great revolutionaries still mentioned to this day, such as Marx, Engels, Bakunin, Lenin, Luxembourg and Trotsky, all of whom were products of Hegelianism. Moreover, conservative thinkers like Francis Fukuyama and Pope Benedict XVI are also Hegelians and the whole school of existentialism arose from Hegel.

In his youth, Hegel was influenced by the French Revolution and opposed German feudalism, but as he grew older he retained it. In this he reflected the weaknesses of the German bourgeois class, of which he was an ideologue.

Germany was an economic and social backwater that was used as a battlefield by other forces. Germany collapsed when the capitalist French Revolution unified France and the Industrial Revolution catapulted Britain into an internationally dominant position.

In this introverted environment, philosophical debates became the arena in which German social forces expressed themselves.

The barely emerging German capitalists felt weak in the face of the various princes and kings in the tiny fiefdoms spanning the territory, as much as they opposed their rule. But they feared more the prospect of workers and peasants rising from below them.

Hegel’s philosophical trajectory reflects this hesitation. While he was an early supporter of the French Revolution, he became afraid of the Terror and viewed the poor and working people in Germany as a problem, not as a potential vanguard for social change.

Nevertheless, even after his death in 1831, his influence – including the revolutionary aspect of his thinking – was felt. Intellectuals have argued, comparing Hegel’s younger thoughts to his more mature thought.

As the students fell into competing â€œyoungâ€ (radical) and â€œoldâ€ (conservative) Hegelian currents, the Prussian monarch decided to eradicate what he called the â€œdragon teethâ€ of Hegelianism. In 1841, a decade after Hegel’s death, the government appointed Friedrich Schelling to lecture at the University of Berlin to conduct the intellectual assassination.

The crowded audience for Schelling’s first lecture included Frederick Engels, Mikhail Bakunin, and SÃ¸ren Kierkegaard – the founders of communism, anarchism and existentialism. Also present was Jakob Burckhardt, the historian who made cultural history a discipline.

That Hegel is so influential is all the more remarkable because of his well-deserved reputation as a difficult writer.

Popularizer of philosophy, Nigel Warburton in his A little history of philosophy likes to string together the sharpest comments on Hegel. Hegel’s writing is “devilishly difficult,” he says. “No one, maybe not even Hegel, got it all.”

Warburton digs up as many insulting comments as he can find. Bertrand Russell â€œdespisedâ€ Hegel, he says, and quotes A. J Ayer as saying that Hegel’s writing is â€œno more attractive than absurd linesâ€.

Fortunately for the modern reader, Andy Blunden has produced an excellent and very readable guide to both understanding and applying Hegel to social change. He looks at Hegel Phenomenology of Spirit, Science of logic, Philosophy of Law and Encyclopedia of Logic.

This is not a summary, it is a selection of relevant aspects of Hegel to sharpen the minds of social activists – it is political intervention. At the end of each chapter, he directs the reader to sections of Hegel’s writings for which they are now prepared.

Blunden is a committed Marxist and has no illusions about Hegel’s weaknesses. However, he also has a keen eye for when Hegel’s apparent flaws aren’t so problematic.

For example, he mentions that Hegel appears incredibly naive in his Philosophy of Law by saying that the public service and justice are meritocracies in the service of the public good. Marx scoffed at this idea in 1843.

However, Blunden says that despite the fact that most judges are chosen from the wealthy, “the law is developing and generally being applied in a rational way worthy of being written in the law books.” When judges present absolutely brazen examples of naked class prejudice, public outrage and protest can win.

In the long run, Blunden proposes, â€œHegel’s idealism in this sense turns out to have more merit than cynical materialism would suggest.

Marx, in his thesis 5 of the Theses on Feuerbach refers to the materialistic doctrine that people are the product of their circumstances and that changing circumstances will change who people are.

Blunden takes this further and concludes that if materialists “see people as products of their social conditions, we reduce them to passive objects of change, leaving the consciousness of change to the intelligentsia or the Party.”

â€œHegel and the idealists,â€ he says, â€œwere wrong on the side of change from above, but focusing exclusively on change from below is also wrong because it makes people passive objects of independent structural forces. of their will â€.

A central problem for Hegel’s readers is that his subject is ideas. In fact, it starts from the very concept of what a concept is and works its way from there to the way in which ideas are expressed in human social activity.

Blunden says Hegel doesn’t treat ideas as psychological objects, he treats ideas logically. Where his logic differs from others is his objective idealistic belief that ideas exist and live in the practical activity of human communities, as part of human activity.

It is in the unfolding of this logic down to the smallest details that Hegel leads us through distinctions as famous as the subjective and objective Spirit, the Being, the Essence and the Notion, the Thing, the Appearance and the News. Blunden doesn’t hesitate to challenge the reader with difficult concepts, but he has a charming manner with words that cut through the thickets.

“You can be ‘in trouble’,” he wrote, illustrating the concepts of quality and quantity, “and as inflation eats away at the purchasing power of your wages you get Following hard up (i.e. there is a quantitative change, but the quality – ‘hard up’ always remains the same).

But at some point, a change in quantity equals a change in Quality. “If the real value of your salary drops beyond a certain point, then you are not only in misery, but in misery, and ‘purchasing power’ is meaningless to you. “. This is Blunden’s illustration of the Measurement category.

How can those who experience these social problems find their way to self-awareness?

Blunden says that the Hegelian concept of Essence “is that whole phase of the development of a social movement that begins with the first expressions of dissatisfaction or indignation, through marches and protests, lobbying, the formation of various types of organization, the formation of various claims, etc. before the “breakthrough” which signals the first signs of success.

All the permutations of Hegelian logic are the inner elaboration of contradictions and the different shades of opinion within a social movement that is being built.

There is much more to this book, including comparisons and contrasts between Hegel and Marx and ruminations on some dissident Soviet-era Marxists Vygotsky and Leontyev.

Why did Andy Blunden write this book and why is it so important to read it? Because, as he says: â€œIf you are looking to implant an idea in the world, Hegel is your guide.

In Search of Lost Time by Saul Friedlander – The Forward