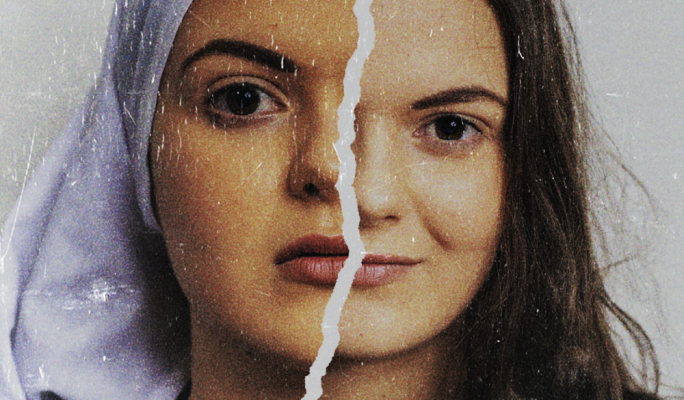 Agnes of God, by John Pielmeier

“Agnes of God” is directed by Tyrone Grima and tells the story of a cloistered novice (Kyra Lautier) who gives birth to a baby and is accused of having shot it. A psychiatrist (Simone Ellul) is appointed to diagnose the nun’s mental health. Agnes is naive and knows nothing about the facts of life, but the same cannot be said of Mother Superior (Isabel Warrington) who seems to hide darker secrets. It’s a gripping and fast-paced thriller that tells the story of a woman who explores her humanity, surrounded by a strange sense of mysticism. It raises the fundamental questions surrounding existentialism, religion and faith without providing clear and straightforward answers and solutions.

It is this element that prompted Tyrone and Christian to produce this specific piece together. The play opens up a number of questions and dilemmas and provokes thought without imposing an opinion on the audience. The two producers take a different approach to religion and faith, and while Tyrone’s interest in the subject is fueled by his belief in religion, Christian is the president of the Malta Humanist Association which espouses a worldview. atheist. Following the live performances of “Agnès de Dieu”, a webinar will be organized on December 8 and 10 at 6:00 pm in order to deepen this subject. Speakers include Gail Debono, Dr Pauline Dimech, Professor Vicky Ann Cremona and Reverend Dr Carlo Calleja.

In a year that has proven to be very trying for the arts, especially live performances, producers Tyrone and Christian have taken the plunge, but not without taking all the necessary precautions in accordance with the measures currently in place. The play will be performed at the Valletta Campus Theater in Valletta, in front of a very limited audience per performance. The measures implemented include a system of ventilation of fresh air in the theater, cleaning and disinfection of seats and toilets, staggered entrances and exits, compulsory use of masks, social distancing between spectators and spectators. actors and contact research.

Agnes of God will be performed on December 3, 4, 5, 6, 7 at 7:30 p.m. at the Valletta Campus Theater, Valletta. Following the performances, a webinar focusing on psychology, ethics and religion will be held from December 8 to 10 at 6:00 p.m. “Agnes of God” is performed by arrangement with Concord Theatricals on behalf of Samuel French, Inc. www.concordtheatricals.com. Supported by the University of Malta, School of Performing Arts. For more information or to reserve your place contact Tyrone Grima at [email protected]