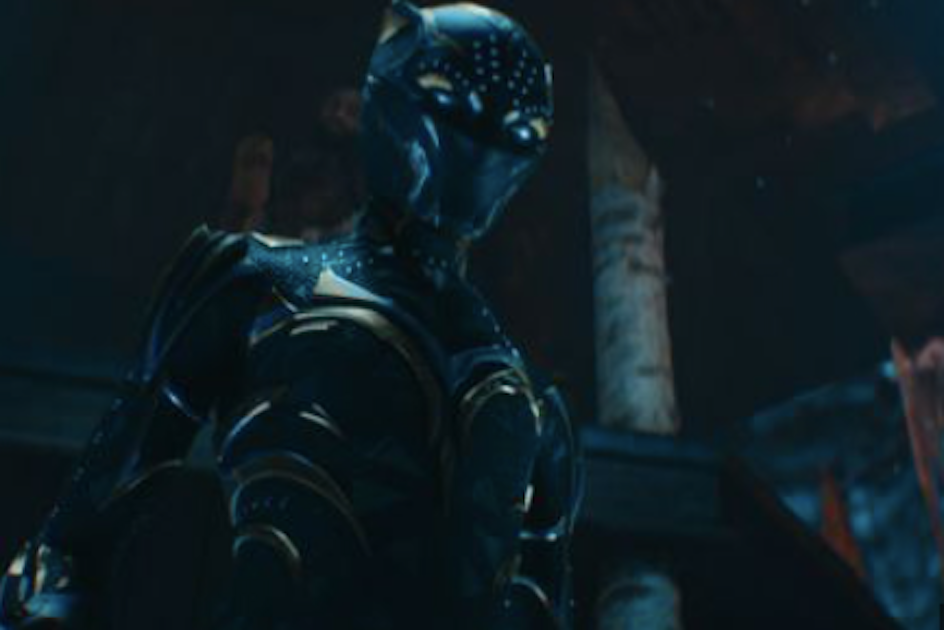 With the death of lead actor Chadwick Boseman and the actress playing his sister, Letitia Wright, variously reported as severely concussed or (for better or worse) stubbornly opposed to vaccines, it’s a wonder the film Black Panther: Wakanda Forever exist. Plus, it’s better than Dwayne “the Rock” Johnson’s nearly simultaneous bland vanity piece. black adamwho has no such excuses (and who has shelved some of the plans and marketing for the impending Shazam sequel, though that movie is probably more entertaining). Wakanda and Adamreleased a month apart, each depict an African kingdom with a magical hero-ruler beset by evil forces from the West.

The former is set in the Marvel Cinematic Universe, the latter in the DC Universe, and as usual with both of these universes, the former is fun even when dealing with very serious subjects, while the latter is oddly dark. even when he is ostensibly doing fun parties. Hopefully new DCU boss James Gunn, a veteran not just of Marvel but also of trashy and funny Troma Studios, can inject some fun into the DCU before it’s too late. But at least black adam gave longtime DC fans a taste of the Justice Society (the forerunner team to the Justice League), so we can solemnly check that out on the wishlist even if this movie’s main character doesn’t get never right away.

If it’s a sci-fi mix of the serious and the surreal you want, you might be better off checking out the new movie. something in the dirt from the writer/director pair Benson and Moorhead who made the Marvel show moon knight. moon knightlike the show Legion and the monstrous Demon Bear in the movie New Mutantswas inspired in part by the sketchy, psychotic Marvel Comics art of Bill Sienkiewicz – and similarly, a Benson/Moorhead horror movie usually promises to combine existentialism, trippy-stoner disorientation, and a force distorting like time travel. something in the dirt seems like it may turn out to be metafictional to boot. Reality is taking a beating in movies and TV these days.

In wakanda forever, however, it’s the Marvel print canon and Greek legend that takes a beating. Specifically, the villain/anti-hero Namor, the Submarine is here transformed from King of Atlantis to King of the analogous Latin American undersea kingdom of Tlalocan (as it is commonly transliterated from Aztec). Perhaps neither ever existed. Or maybe they are two legends derived from the same historical floods. Or maybe Plato’s story of Atlantis near Greece was really a description of Mauritania in Africa, in which case one would think a Black Panther franchise in Africa might have saved itself the trip across the ocean. (Perhaps these questions will be explored in Graham Hancock’s Netflix documentary series on theories of alternative archeology called ancient apocalypse.)

In any case, this reimagining of Namor, which is perhaps the most interesting thing in the film besides the absence of Boseman, effectively pits a magical army of violent Latino warriors against a magical army of violent black warriors, who at my great astonishment seems, like the previous film in the series, not to have offended anyone so far. It’s considered progress – or maybe I should say “Excelsior!” And if the Greeks feel fooled to be robbed of Namor, they didn’t make a big fuss about it. The Greeks aren’t marginal enough to worry about, I guess.

It’s all a fair reinterpretation of the character/country, I’d say, especially considering Marvel’s need to distinguish this movie from DC’s big hit. Aquaman from a few years ago, he also being King of Atlantis. It’s also in keeping with the spirit of the original comics that Namor is stubborn and belligerent in an ancient world fashion, to the point of being terrifying. There is sometimes a thin line between the assertiveness of a marginal population and outright fascism (see: Spike Lee’s Malcolm XJanet Jackson’s “Rhythm Nation” clip, the valorization of a slave tribe in Woman KingChappelle’s recent SNL monologue), but even Hollywood can sometimes strike a natural balance between the two.

A weird side effect of Namor’s transposition – with his tiny flight-enabling ankle wings looking at least as plausible as an Aztec mystical flourish here as always in the comics as a Greek nod to light-footed Hermes – about Latin America is that we are told that Namor is compared by his people to “Kukulkan, the Feathered Serpent” aka the Aztec god Quetzalcoatl, who also happens to be a serpentine Satan-like presence in many conspiracy theories in decades, some rooted in “lost civilization” tales.

Ever since Marvel’s WWII precursor team for the Avengers, called the Invaders, included Capt. America (a blond super-soldier), the Human Torch (the robot version), and Namor (now equated with Quetzalcoatl), these films could easily build on the revelation that the Allies were still ruled by a three-part coalition of fascists, d ‘IA and reptilian gods. Marvel might extract some weird cultural material here, but so do true Latinos.

Nearly 30 years ago, a friend and I attended an evening discussion of a left-wing group, and their guest speakers were colleagues of Mexican anarchists, which led them to explain with slight embarrassment that some Mexican anarchists sympathize with Nazis and skinheads, in part because some believe that ancient Mexican legends about the Aztecs are some kind of master race guided by space gods, which among other things gives them the right to taking over the American Southwest, seeing it not only as once part of Mexico (no argument there) but also once part of a legendary ocean civilization called Aztlan (which allegedly has Tlalocan as its capital).

Again, this might be hogwash, but I have to admit, the civilization name sounds oddly familiar. In the Marvel comics, characters spawned by aliens called the Inhumans also lived centuries ago on the similar-sounding island of Attilan, but I don’t know if this will be incorporated into future movies or shows of TV. Given the low ratings of Marvel’s short-lived Inhumans TV show, probably not.

In the meantime, if you want to see a more serious and realistic look at navigating cross-cultural waters, the actor who plays Namor, Tenoch Huerta, can also take on the role of a butterfly seeker trying to balance his rural upbringing by Central America and his life as a scientist in New York in the film Sons of monarchs(co-produced by libertarians I know, lest everyone thinks we’ve all become border wall followers).

And speaking of weird water-adjacent pop culture characters, I erroneously said in a column a few months ago that the band Wet Leg are from the Isle of Man, but of course they’re from the Isle of Wight – a name that sounds suspiciously like yet another whimsical ethnic enclave, perhaps fodder for a future Marvel movie starring Captain Britain.