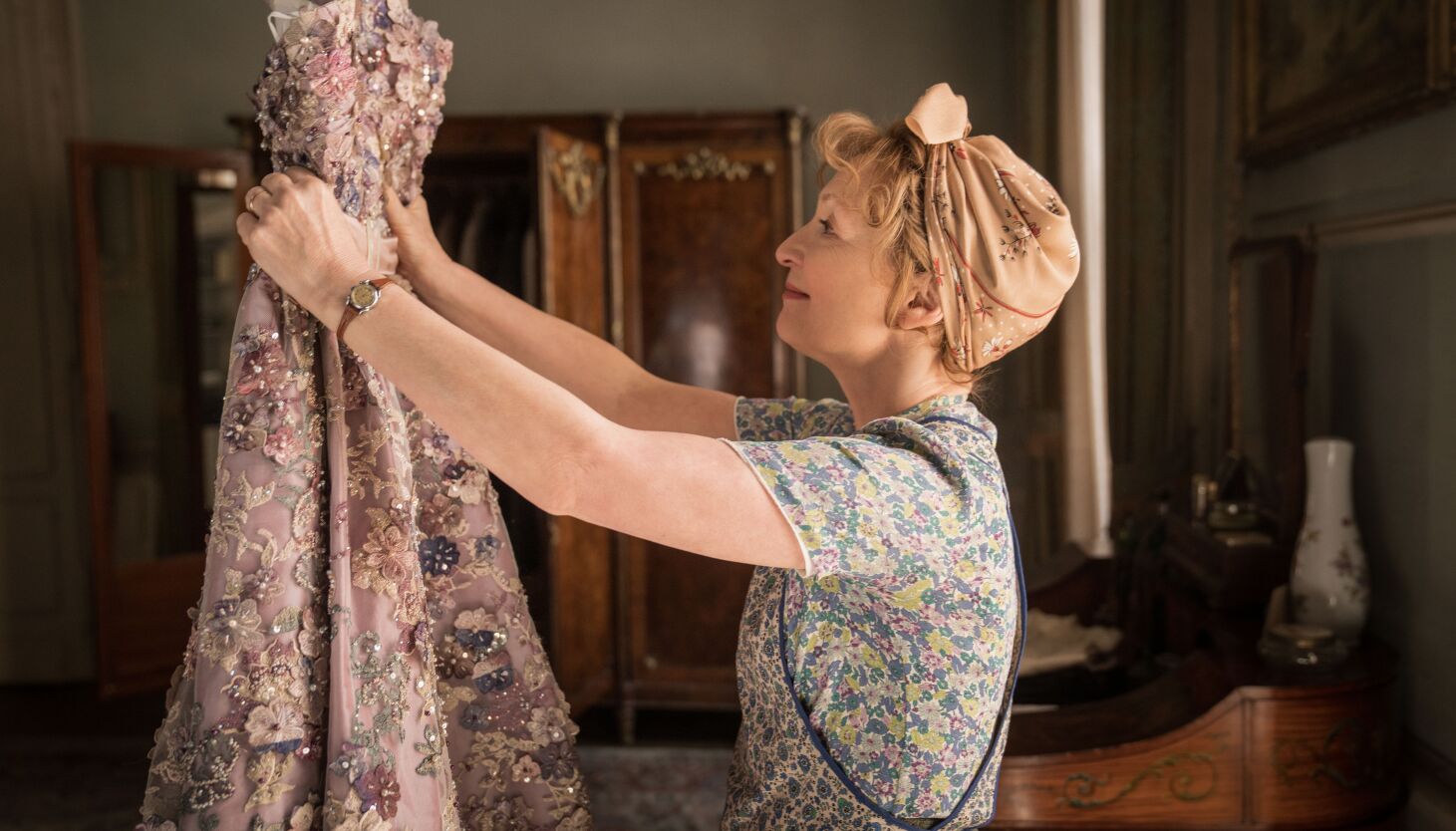 Does ‘Mrs. Harris going to Paris with the family?

After watching “The Batman”, I was convinced that I wouldn’t see a better movie coming out this year. Walking from my car to the theater, I even texted my friend that I was about to see “Mrs. Harris Goes to Paris” to review it, but was a little skeptical about it.

But honestly, it was one of the most delicious movies I’ve seen in years.

What is ‘Mrs. Harris goes to Paris’ about?

Mrs. Harris works as a cleaner in England. She and her best friend Vi go to the pub in the evening and Ada Harris finally opens the letter about her husband: he was killed in the war. Life seems dreary for Ada until she sees a Christian Dior dress on the chair of the lady whose house she is cleaning. Soon, she hatches a plan on how she will raise enough funds to travel to Paris, France, and buy a Dior dress. The film follows his trip to Paris and describes how his influence on the house of Dior changes everything.

Directed by Anthony Fabian, Lesley Manville stars as Mrs. Ada Harris in this film. Ellen Thomas plays the character of Vi Butterfield and other actors include Jason Isaacs, Alba Baptista and Christian McKay.

What did I like about ‘Mrs. Harris goes to Paris’?

The best way I can describe it is like a not fluffy fairy tale.

The first thing I noticed about the film was the use of color and lighting. London is filmed as a dreary place. Even when it’s not raining in the movie, it feels like it should be raining. The characters wear clothes in more muted colors and the atmosphere seems heavier.

But when Mrs. Harris travels to Paris, the colors become vivid. Almost like a dream, the atmosphere of the film changes completely and it is a captivating artistic choice. The magic of Paris and Christian Dior comes to life, but the glamor of Paris is artfully juxtaposed with Ms. Harris herself.

As the film unfolds around Mrs. Harris’s desire to get a Christian Dior dress, complex themes permeate the film – Mrs. Harris realizes her self-worth, her friendship with Vi, and her experience of grief. There are characters that you don’t like at all to have deep empathy and artistic choices that ask questions about materialism and existentialism, as well as a theme about the search for love, which all make this deeply interesting and thought provoking film.

I had a feeling before watching it that it would be “fluffy” – I thought I would like it, but it would be devoid of substance. I was wrong. From start to finish, I felt a wide range of complex emotions. I became deeply invested in the characters and cried tears of sadness and joy. The movie made me laugh, it took me back to the first time I bought an expensive dress, but more importantly, it made me think about what matters most to me and my purpose.

It reminded me of one of the major themes of the 2015 movie “Cinderella” – “Be brave and be kind”. The trope of a fairy godmother is reimagined in this film, and if you like fairy tales, this one will probably enchant you too.

Absolutely. It’s rated PG and probably better for older kids as it tackles more complex topics like Sartre’s philosophy and the French political situation in a way that might be difficult for younger children to follow. In many ways, though, it’s a great family movie.

One of the themes I enjoyed the most was the idea of ​​hope and that dreams can come true. This film models healthy friendships and encourages everyone to care a little deeper for each other. It’s the kind of movie I wish I could go see with my own mother. It’s the perfect type of movie to watch with your daughters because it’s not just a movie about finding the perfect dress, it’s a movie about knowing your worth as a woman.