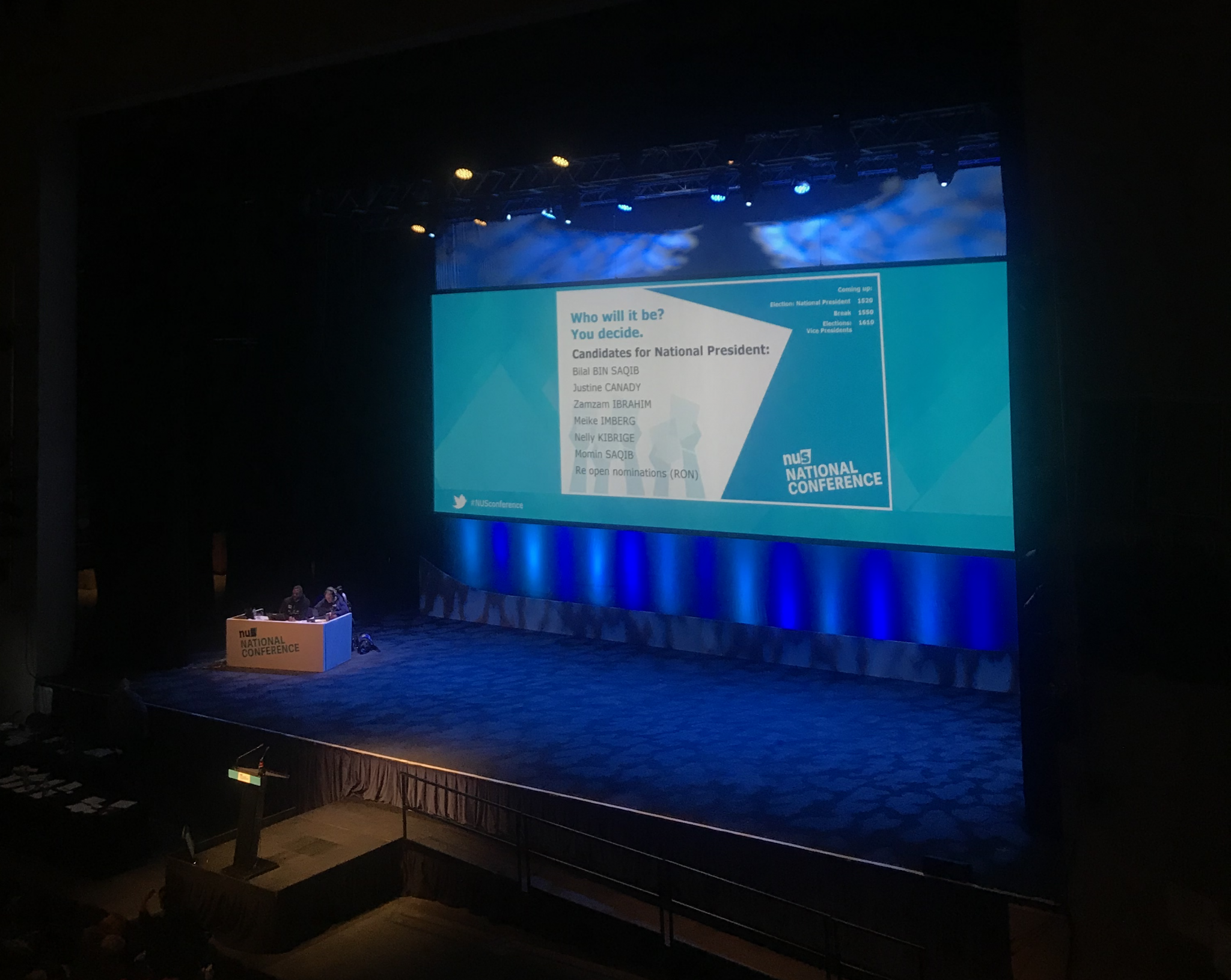 Representatives of the Durham Students’ Union (DSU) and the Jewish Society (JSoc) have expressed criticism following the National Union of Students’ (NUS) decision to invite controversial rapper, Lowkey, at his lecture this week and the subsequent suggestion that Jewish students should leave the room during the performance.

The vocally pro-Palestine rapper was due to open the NUS release conference in Liverpool on the 30the-31st March for a week of centenary celebrations, which will be attended by the DSU Welfare and Liberation Officer and NUS delegates. Lowkey has since canceled his performance and NUS defended its decision to invite him, but apologized to Jewish students who did not feel welcome at the conference.

Representatives of the Union of Jewish Students (UJS) have raised concerns about the planned performance of Lowkey, who has previously expressed support for Professor David Miller, who was sacked from Bristol University for alleged anti-Israel slurs, and to former Labor MP Chris Williamson, who was suspended from the party over an anti-Semitism row.

In a meeting with UJS representatives, NUS President Larissa Kennedy reportedly suggested that Jewish participants retreat to a separate area during the performance. Kennedy has since denied the allegations during questioning by the House of Commons Select Committee on Women and Equalities.

Durham Jewish Society said Palatinate “As a Jewish society, we oppose all forms of anti-Semitism. The institutional discrimination and comments that have been made are unacceptable, and we strongly oppose any action aimed at separating Jews.

The DSU also commented on the controversy saying, “Jewish students have legitimate questions about the decisions made by NUS in planning their national conference, and the poor response that was given when those decisions were challenged. There has been an unambiguous failure to recognize the risk and the reality of anti-Semitism.

“We can only bring the changes we want to education and society if we do it collectively, through NUS. We are stronger together. But when some students are excluded from NUS, we are all weakened.

Durham JSoc did not call on the DSU to boycott the event, instead saying “we hope the DSU understands the seriousness of the situation and is prepared to represent Jewish students at the conference, particularly in light of recent events.” .

The DSU said that “we will insist that the leaders of NUS recognize the problems they have created. We have confidence in their ability to reflect and effect change in partnership with Jewish students and their representatives. We will hold them accountable for making our national student movement welcoming to Jewish students.”

NUS responded to the backlash by explaining, “We invited Lowkey to speak […] because we believe his contribution would have been invaluable in student discussions of the decolonization of education, class injustice, and disengagement from corporations that harm people and the planet around the world. While we welcome genuine political debate, we were saddened to see the use of harassment and misinformation against Lowkey.

NUS also apologized to Jewish students, saying they were “horrified to know that some students in our community, especially Jewish students, may now be wondering if they will be fully comfortable at our events at come… We want to be perfectly clear that we are looking forward to welcoming Jewish students to the NUS National Conference 2022 in Liverpool.”

Several groups have pressured the NUS president to resign. Tory MP Andrew Percy, deputy chairman of the All-Party Parliamentary Group Against Anti-Semitism, said: “The suggestion that Jewish students should be effectively segregated is beyond sickening. Rather than quashing the portrayal of Lowkey, who has made increasingly offensive and erratic statements about Israel and Jews, NUS actually blames the victims by calling for Jewish students to be effectively segregated . It’s sinister, it’s sickening and the president of NUS should resign for sanctioning such a suggestion”.

The NUS was called in to answer questions from MPs on the Education Select Committee, although they withdrew due to illness. The NUS appeared to respond to that call in a tweet, saying that “old fashioned bullying culture is never acceptable, including at [government] committee”.

The chairman of the committee, MP Robert Halfon, said AML “I’m really worried about what’s going on with the NUS – it seems like it’s almost institutional anti-Semitism within that organization – telling Jews to sit down or be separated, inviting this rapper controversial who is accused of all kinds of conspiracy theories and anti-Semitism statements that have deeply upset the Jewish people and people of other faiths. It’s quite extraordinary. He went on to warn that an investigation into anti-Semitism within the organization could be opened in the future.

Prime Minister Boris Johnson also commented on the issue during Prime Minister’s Questions last week, responding to a question from Percy by saying that “our universities have tolerated occasional or systematic anti-Semitism for too long.”