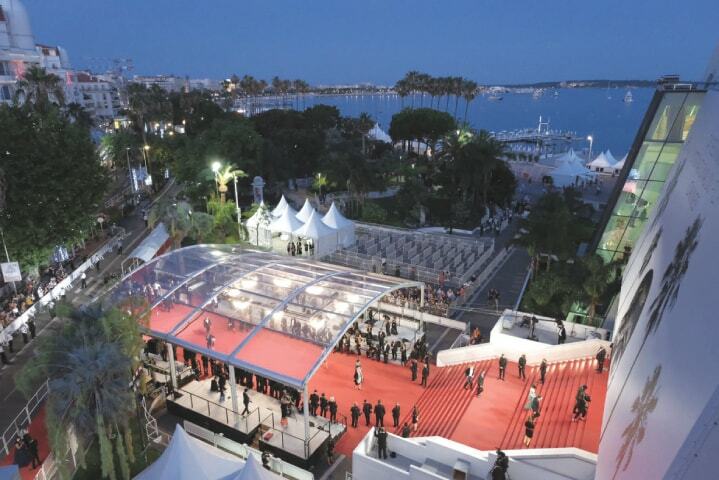 Back to normal in Cannes? Maybe. Yet the new normal, if there is one, will not appear until next year.

Unlike the bumpy 2021 edition, this one wasn’t weighed down by any Covid-19 regulations; however, changes of quite a different kind await us. After the curtain falls, the Cannes Film Festival will have a new president, and it is likely that the identity of the event, and in particular its relationship with the industry, will not be spared by the replacement of someone like Pierre Lescure, the embodiment of the French media establishment, famous for its idiosyncrasies, by Iris Knobloch, former CEO of Warner Media. Globalization is dead, long live globalization? Maybe.

There are already signs of what the new direction of the festival will be. TikTok is now one of the main sponsors. Moreover, the singularly aggressive policy of support for local industry seen in last year’s edition continues. Sophomore efforts by Lukas Dhont (Close, Grand Prix) and Léonor Serraille (Mother and Son) – the latter decidedly more inspired and imaginative than the former – stand out as fashionable, formulaic and daring works presented in the competition principal just because news French-speaking authors need to be regularly propelled by the Cannes machine, whatever their value.

On the other hand, Cannes always manages to launch genuine new talent. 32-year-old Saeed Roustayi stunned everyone with The Brothers of Leila, 165 minutes of pure drama and not a single empty moment, thanks to Roustayi’s ultra-skillful pacing and old-school alternation of captivating dialogue and complexes and “respite” scenes. making a thoughtful assessment of what has just taken place.

The most exciting parts of the world’s most prestigious film festival, the Cannes Film Festival, this year were not so much in the official competition for the Palme d’Or as in the equally respected independent sidebars

Leila’s Brothers didn’t need dummy gender frames, like in Swedish-Iranian Ali Abbasi’s Holy Spider (a somewhat silly attempt to investigate gender relations through the form of a thriller) or Boy from Heaven by Swedish-Egyptian Tarik Saleh (best screenplay award; a predictable outcome film about the power struggles at Cairo’s Al-Azhar University between the Muslim Brotherhood and the Al-Sisi regime, told in the usual form A-manipulating-B-manipulating-C, reminiscent of any Netflix series).

Rather, it was simply a touching story of sibling relationships, amid an endless series of daily economic transactions, projects, dreams, and scams. Leila is intelligent, proactive, self-aware; her brother realizes that she could finally lift their Tehran family out of poverty, but she is too weak and too attached to her other useless brothers and her old, pitiful aspiring patriarch of a father (an extraordinary character straight out of of 19th-century Russian literature) to actually stand by his side.

The global appeal of the Leila Brothers is not far from that of Asghar Farhadi but, unlike the latter, Roustayi is not a crook: his craft as a filmmaker is authentic and truly unassailable.

While waiting for the new Cannes with a new president, the 2022 competition has indulged in quite a few pleasant eccentricities. Little to no dialogue in Jury Prize-winning EO from Polish veteran Jerzy Skolimowski, who many remember as Georgi Luchkov from The Avengers. The film is nothing but the mute adventures of a stranded donkey in various parts of Europe and functions as a metaphor for resilience with spiritual, even biblical overtones.

Another old master, David Cronenberg, offered an elegant, sophisticated and comprehensive summary of his entire career with Crimes of the Future, a dystopian fantasy in which the organic and the inorganic, art and the human body become indistinguishable, because they both seek to incorporate otherness. on their own to survive.

Such themes have been explored by Cronenberg for more than 40 years, but now he adds another question: what are the political enigmas of this post-humanity that we are blindly rushing towards? To whom do bodily organs belong if bodies become subject to indefinite mutations? Who is authorized to handle them?

On the same ground but with more carelessness, the cine-anthropologists Lucien Castaing-Taylor and Verena Paravel (De Humanis Corporis Fabrica, in the Quinzaine des Réalisateurs [Directors’ Fortnight] sidebar), which bring together images of real operating tables, showing the interior of human bodies as an infinite source of aesthetic wonder; the textures of their skins, fluids and organs serving as an incomparable, even sometimes unbearable spectacle.

The ultimate eccentricity is Albert Serra’s Pacifiction, which takes place in French Polynesia, no longer a colony but an “overseas collectivity”. De Roller is a high commissioner of the French state and a real political animal, because he only lives in gray areas: neither active nor passive, neither pro-colonialism nor pro-resistance, neither powerless nor powerful. It is however not the film of a storyteller, but that of a visual artist, plunged into a Beckettian aphasia, with a story reduced to a few scattered, opaque, incoherent fragments.

The rebellion is brewing, nuclear tests may be carried out by the French authorities, but nothing in the film is specified. All the emphasis is on dark blue nights, pink skies, green forests: rarefied, skilfully composed tableaux that follow one another to suggest not time flowing, but rather time going nowhere, decentered man, paralysis à la Godot. A feast for the eyes for sure, but also a rather mundane worldview, a cheap anarchist trope of the “all power is evil” variety. Postcoloniality is here simply a pleasant background to look at, not really the subject.

The same goes for the winner of the Stars at Noon Grand Prix. Amid the searing tensions of 1980s Nicaragua, director Claire Denis chooses to deliberately ignore them and focus exclusively on the sensuality of bodies and tropical vegetation, echoing her heroine’s choice to navigate her relationships with the essential CIA agent and a handsome and mysterious British militant. simply trusting his intuition.

Literally sticking to the trees to overlook the forest, Denis’ style, both dreamy and too physical, could have been a fruitful aesthetic bias, but turns out to be only too easy an exit from complexity.

Where Stars at Noon fails, 1976 (Quinzaine) by Manuela Martelli succeeds. Subtly embracing the painfully narrow perspective of an upper-class woman in the wake of Pinochet’s coup in Chile, who wants to help the rebels but is too comfortably trapped in her gilded cage to be able to do so, Martelli conveys a sentiment which is now too familiar everywhere.

Historical trauma need not directly involve us to shatter our perception of the world, turning our everyday experience into a jumble of incoherent details, each of them at some point potentially indicating how “big picture” ” is messed up. , even if the totality escapes our radars.

Other works, however, take postcoloniality much more seriously than those of Serra and Denis. No matter how much it changes on the surface, Naples will never be more than a Third World metropolis. Thus, by telling the story of an immigrant entrepreneur who has returned to his hometown after decades to come to terms with his troubled past, Mario Martone (Nostalgia) paints not only a splendid portrait of his city, but also a convincing meditation on the third world identity – advocating a conscious and positive appropriation of its impermeability to modernity and well-intentioned reform.

In a European context, modernity has always been inextricably linked to theatricality, and so Naples is filmed by Martone as an eternally unfulfilled promise of theatricality. Every street corner, every courtyard seems about to become a stage, but never. A city teeming with sensory excess, it constantly gives the impression that something is happening. Yet nothing helps, a city without a future. But Martone clings to his conviction that if there is ever a way out through modernity, it is in this absence of future that it must be sought.

Another filmmaker convinced that cinema can capture the secret soul of society that hides in plain sight in the enigmas of urban space, is the young and very promising Youssef Chebbi. The elliptical police narrative of his Ashkal (Quinzaine) is less important than its background: the monumental, spooky, unfinished buildings of the Jardins de Carthage, an affluent neighborhood north of Tunis whose construction was halted after the Arab Spring of 2011 ‘ rebellions. The setting encapsulates a sense of political/existential uncertainty, aptly reinforced by Chebbi through his remarkable talent for visual orchestration.

No need to try to identify a logic behind the rewards: as always, there is none. Triangle of Sadness, Ruben Ostlund’s incomprehensible second consecutive Palme d’or (after The Square) is an ideologically conformist satire crudely disguised as radicalism, embarrassingly passing off a few clichés about rich and poor as a sort of Marxist critique .

A much better choice was the best director award for Korean Park Chan-Wook. His best in at least a dozen years, Decision to Leave is an exciting post-post-Hitchcockian neo-noir, delightfully surprising, dizzyingly Mannerist, playing cat and mouse with the viewer every moment. It drifts away from its main narrative thread with each new edit cut, only to find itself right in the middle of it; fooling the audience into thinking it’s yet another kind of thing between an honest detective and a deadly dangerous femme fatale, but of course that goes elsewhere, even when it comes to outright romantic comedy.

It then returns to noir territory, but isn’t film noir always a kind of romantic comedy in disguise? Isn’t black always about that inextricability between cold manipulation and warm passion, which Decision to Leave exhibits so brilliantly and unpredictably?

Of course, the most appreciated Cannes prize was not in the main competition, but in the “Un Certain Regard” [In Perspective] framed, where the jury prize went to Joyland by Saim Sadiq. The award had been in the air since the exceptionally emotional May 23 premiere, ending in tears from the cast as well as the audience.

Within ‘Un Certain Regard’, no other film before and after could stand the comparison. Cannes has long given up on its traditional vocation to broaden the geographical horizons of cinema, but it cannot be said that in 2022 at least, it has not looked in the right direction, at the right time. Hopefully this is just the start.