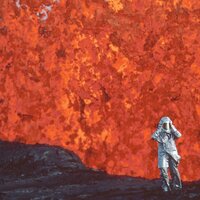 Dealing with volcanoes and their sudden eruptions can throw anyone into a deep existential crisis – is anything in life ever stable? What is human existence compared to the awe-inspiring power and scale of these cataclysimic natural events?

The first time I saw the images of hypnotic volcanic eruptions with abnormally glowing bright red lava, captured by The Kraffts, Katia and Maurice, the famous volcanologist couple, was at Werner Herzog. Fireball. Using long lenses with a 16mm camera, the Kraffts captured some of the most impressive and iconic volcanic eruptions ever recorded on film. Through Herzog’s film, I learned that they lost their lives in 1991 while in the path of a deadly pyroclastic flow after Mount Unzen erupted near Nagasaki, Japan.

Filmmaker Sara Dosa (The seer and the invisible), sifting through tons of film and TV footage, photos and books left behind by the volcanologist couple, crafts a harrowing tale of two people who lived and died together doing what they loved. fire of love begins with the last known footage of Katia and Maurice together, at the foot of Mount Unzen, the day before they died. Then it traces how they met in the Alsace region of Strasbourg, France.

Growing up after World War II with all the aftermath of the destruction, Katia and Maurice leaned into nature at an early age, visiting Italy’s volcanoes, Mts. Etna and Stromboli, respectively. Both were drawn to volcanoes and their tremendous power.

After their first meeting in 1966 and participating in the anti-Vietnam War demonstrations of 1968, they decided to devote their lives to the study of volcanoes “because we were disappointed in humanity. And since a volcano is bigger than a man, we thought that was what we needed. Something beyond human understanding. Maurice was the wanderer with his film camera, trying to capture it all. Katia shared the same passion, trying not to lose sight of him. Not that they had a death wish; both preferred an intense and short life rather than a long and monotonous one.

Thus, they were married in 1970 and the couple Geologist Volcanologist / Geochemist was formed. They traveled wherever volcanic eruptions were about to occur through the network of fellow scientists and ran straight to the calderas to study and archive, with Maurice’s trusty Arri SR 16mm camera and still cameras from Katya.

For them, the study of volcanoes is the science of observation. The closer you get, the more you see. And the images they captured were out of this world. And we see a lot of breathtaking images in fire of love, all taken from the Krafft archives – hundreds of filmstrips. Their “freelance” profession has taken them to Italy, Congo, Iceland, Indonesia, Washington State, Colombia, Japan… on all continents except Antarctica.

Since most of the footage was shot on film without a sound recorder, Dosa and his team do a fantastic job of sound design – explosions, bubbling lava, lava flows, falling rocks, rolling gas clouds. And lyrical stop-motion animation depicts the pair’s first encounters, as well as many cataclysmic eruptions throughout human history.

The film is narrated by filmmaker/artist Miranda July, who came aboard after seeing the rough cut of Dosa and was deeply moved by what she saw: their passion, curiosity and admiration for nature; all the things she could relate to as an artist. Her voice sometimes quivers as she is choked with emotion. The vulnerable July delivery greatly adds to the narrative of the love story.

Volcanic eruptions were everything to them: Katia describes her “feeling of being nothing” in front of them. To keep chasing volcanoes around the world, they had to keep making television appearances, writing books, and giving interviews and lectures. They definitely enjoyed being the only volcanologist couple in the world in their matching Jacques Cousteau red beanies.

The relatively safe “red” volcanoes that gave them otherworldly images of spitting and flowing lava gave way to the study of more dangerous and unpredictable “grey” volcanoes in their later years, which eventually made them you are.

They knew the danger of these unpredictable and deadly eruptions. It was the Nevado del Ruiz eruptions in Colombia in 1985 that killed an estimated 25,000 people that caused the Kraffts to question their purpose in life. And they worked hard to create an evacuation alert system, which is now in place around the world.

It’s hard to find someone to spend our lives with, let alone find one who shares the same passion. Armed with explosive material accompanied by lyrical collages, Dosa accentuates the story of two lovers who shared the same passion and lived and died together. fire of love is an ultimate love story for the ages, dramatically presented. See it on the big screen.

Distributed by NatGeo, the film opens July 6 in theaters in New York and Los Angeles, with a national rollout to follow. Visit the official site for more information.

Dustin Chang is a freelance writer. His thoughts and opinions on all things film and beyond can be found at www.dustinchang.com 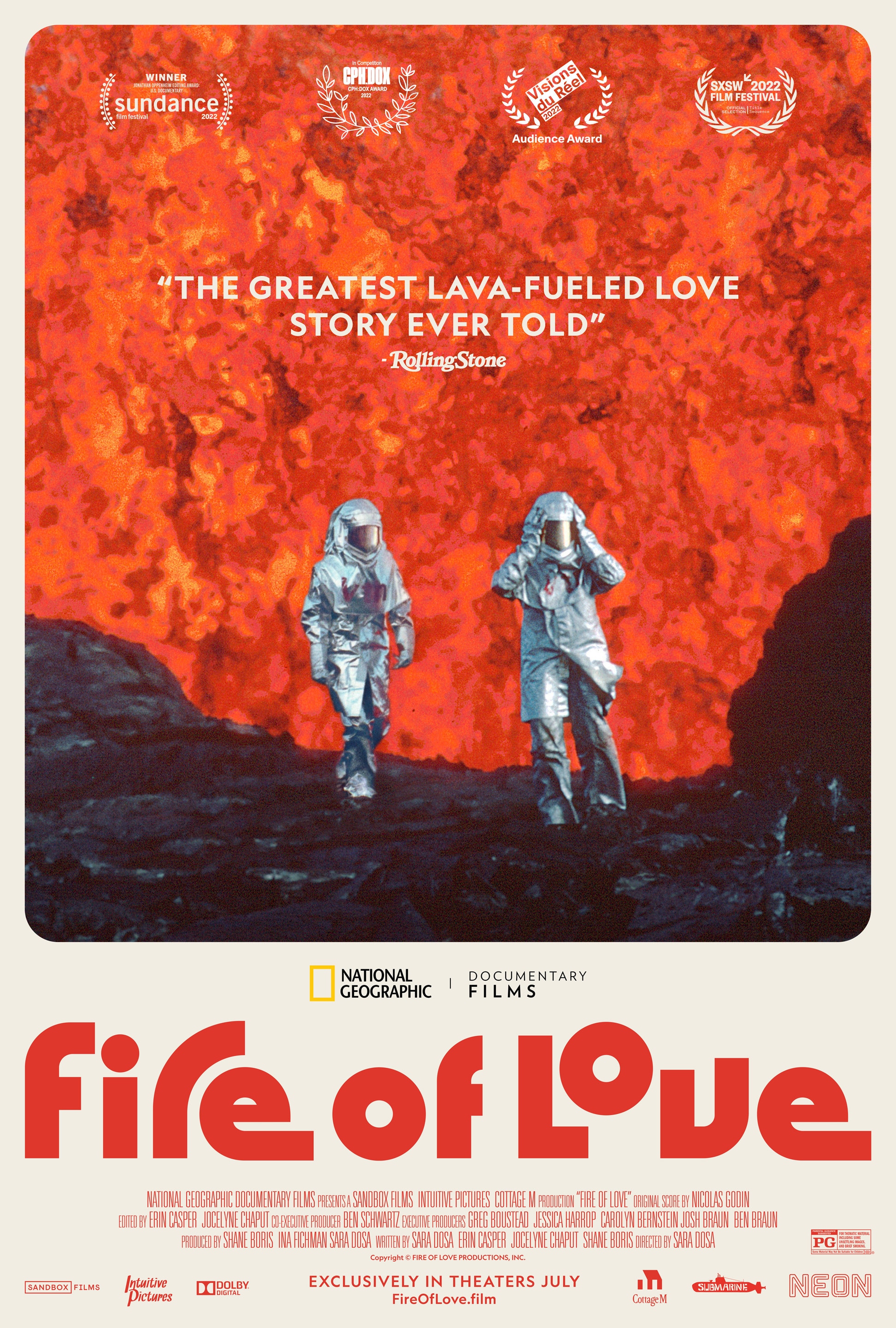 The best movies and TV shows coming to HBO, Hulu, Apple TV+ and more in July