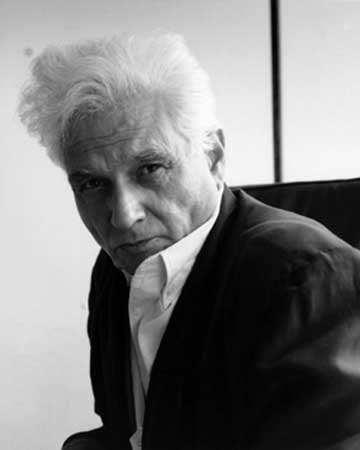 â€œEveryone is born a poet – a person who discovers the way words sound and work, cares and delights in words. I just kept doing what everyone else is starting to do. The real question is: why did the others stop? writes the American poet William Stafford.

I can now vaguely remember something that I read some time ago that an ancient Arab poet said that every Arab child born is a poet. One of my teachers regretted that in his language the quantity of poet blatantly proliferates and he considers this to be a kind of disease. But I don’t. As the 35th President of the United States, John Kennedy, writes, “When power corrupts, poetry cleans.”

Lately, I came across a dubious and evasive quote from German philosopher Martin Heidegger, â€œto be intelligible is suicidal for philosophyâ€. To me this quote means that poetry is ubiquitous and ubiquitous. Even philosophers do not escape the net of unintelligibility that is the domain of poetry – this of course recalls what YB Yeats said: what can be explained is not poetry. Let us not forget the simplicity proposed by the Israeli historian Yuval Noah Harari. Harrari writes that in Israel a teacher inclined to hide behind professional jargon is seen as simply shocking. He writes that you need to be crystal clear and clear in terms while making your students understand something ambiguous and / or unintelligible in Heideggerian terms no matter what. I think that being intelligible is more suicidal for poetry than for philosophy. Nevertheless, the recurring unintelligibility in any domain claims by default the predominance of poetry.

Likewise, I have come across many lines from bold and fearless thinkers that have been written as by poets of great stature. For example, Jacque Derrida the great post-structuralist whose pioneering work on deconstruction has invariably beaten the centuries-old and taken for granted narratives written in one of his essays – perhaps memories of the blind – “the tears and not sight is the essence of the eyes. “What is it if not a piece of poetry? Besides, I bet that this line is poetry in all words but written by a philosopher. Therefore, the language that poetry implies is intrinsically a language beyond language and not a language within language Therefore, it is most often asserted that the language of poetry is quite different.

Besides Derrida, another courageous and robust thinker, the linguist and journalist Antonio Gramsci had a poetic flavor very much induced by the intellect. Gramsci was an Italian communist thinker who, in his prison notebooks composed during his imprisonment until his death, rather philosophically analyzes how powerful sections and the bourgeoisie of a society through cultural hegemony deploy institutions. to dispel a common sense of docility across society. He captured and then brought to light those intricacies and intricacies of the complex of economy, society, and state that inform our enslavement that were elusive even to Marx, so to speak.

He was arrested on November 8, 1926 at the age of 35. In addition to notebooks of several thousand pages, Gramsci writes nearly 500 letters to Julka his Russian wife, Delio his son and his mother. Christian Spurrier writes in The Guardian that his letters, numbering over 500, tell the story behind this work. And they are a remarkable tale of imprisonment. He was grossly disturbed by the shady environment of the prion, but he was nonetheless optimistic and full of intellectual vigor and animation. During this period, he wrote to his mother: â€œI felt like I was living in a fantastic novel.

Likewise, he insisted that his wife write about him constantly. Gramsci wanted his wife and son to write “nothing but trivia.” He asked them to keep him posted on the current height and weight of his two sons. His wife in one of his letters expressed her willingness to visit him soon in Italy. This auspicious news enveloped Gramsci in joy and happiness to such an extent that it invoked the most poetic passage Gramsci had ever written. He wrote this passage when he was transferred to a prison hospital. Gramsci writes: “What a terrible feeling I had, after six years of looking at only the same roofs, the same walls, the same grim faces, when I saw from the train that all the time the wide world had kept on. exist, with its meadows, its woods, its ordinary people, its bands of little boys, certain trees and certain gardens. After so many years of a life shrouded in shadows and miserable miseries, after all this, it would do me good to be able to talk to you friend to friend. If I say this, you must not feel that a terrible responsibility weighs on you; all I can think of is regular conversation, the kind you normally have with friends.

I was deeply touched by this passage. This portrays what the pinnacle of Persian literature Hafiz wrote in one of his Gazals: Hama Shab umeed waram k Nasim i sohb gahe. Ba payam i Aashna hi zi Nawaz a aashna ra. These lines say more or less that I still have a lot of hope that at nightfall the morning breeze will bring a friend’s message. What am I getting to? The point is that no one escapes the realm of poetry. You are a man of taste and that prompts you to express your innermost self in poetry – form, gender and meter don’t matter.

Marx in the precocity was a poet and even published a collection of poems. Nietzsche, the pioneer of atheistic existentialism, was a poet and wrote poems. His particular talent for writing aphorisms was a subtle and mysterious manifestation of a rudimentary poet residing in his soul.

That being said, when Julka stops writing Gramsci for months on end, here is what tumbles from Gramsci, “I am so isolated that your letters are like bread to the hungry.” He then complains quite plaintively, “So why are you measuring the ration so artfully?” I am amazed at the veneers of these lines informed by the deep sensibility of a poet.

Additionally, throughout his life Gramsci was overwhelmed and inundated with disease and different types of biological disorders. Once he wrote to Tania, Gramsci’s sister-in-law who administered to Gramsci and kept most of what he wrote in prison, â€œI have rarely known anything other than the more brutal sides of the story. life, but I always managed to get out of it. for better or for worse. “Gramsci’s enigmatic courage and resilience is inexplicable. As he was relentlessly besieged by tuberculosis, a recurring flu and a disease of his spine, he never joined. depression and wrote with a strange recklessness to his mother in 1931: “It is true that I cannot dance on one leg”, in the following the line, he is stunned by his own fearlessness, “but sometimes I am amazed at myself in my own powers of resistance. “

In one of his most powerfully unfathomable essays, Derrida Avoiding Definitions offers us an impressive definition of poetry, â€œit is a text that must be ‘learned by heart’. All these lines and texts capable of being learned by heart are more or less poems in generous terms. And the aforementioned lines, whether from Deridda or Gramsci, are easy to memorize and listen to friends like lines from Shakespeare’s plays – to be or not to be and many others. These are all my calculations and guesswork. Gramsci was a Marxist philosopher, journalist and politician and Derrida a French philosopher best known for deconstruction.

But before you go – what do you think of these lines? Are these lines taken from a prose poem by Derrida or one of his essays? â€œBut psychoanalysis has taught that the dead – a dead relative, for example – can be more alive for us, more powerful, more frightening, than the living. This is the question of ghosts. – Jacques Derrida

The writer is a student, based in Turbat. He tweets @ shahabakram6 and can be contacted at [email protected]