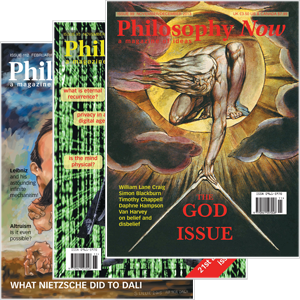 Kierkegaard and the Question of Technology by Christopher Barnett | Number 148

Have you read a of your four free articles for this month.

You can read four articles for free per month. To have full access to the thousands of philosophy articles on this site, please

What does the father of existentialism have to teach us about how to think about Google? How should we really consider freedom of the press and the problem of fake news? How do we meaningfully relate to existence in the information age? Christopher Barnett answers these and other questions about how we should view our relationship to technology in light of the writings of Søren Kierkegaard (1813-1855). His study is clear, engaging and timely, and demonstrates not only a solid command of Kierkegaard’s work in his native Danish, but also a thorough knowledge of related philosophical and theological traditions. 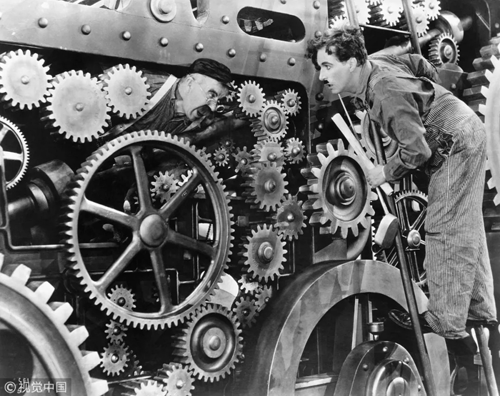 Barnett acknowledges that Kierkegaard is not a philosopher of technology in any significant sense, and rarely used the term “technology” in his writings. Nevertheless, Kierkegaard was keenly aware of the rise of the modern, secular world with its various new technologies, such as steam locomotives, the electric telegraph, and high-capacity printing presses. His call for God-fearing thinking anticipates Heidegger’s “meditative thinking” response to the question of technology. It is Kierkegaard’s call for reflection on our relationship to technology that has all its value in this study.

During his opening sketch of a general history of technology, Barnett writes that “Kierkegaard was primarily concerned with information technology or, as he preferred, ‘the press'” (p.2), and that “Kierkegaard’s ideas about the press of his time have remained relevant in the 21st century and may even seem prophetic” (p.11). Chapter two focuses on “Technology in Denmark’s Golden Age”. Here, Barnett describes the technological developments that Kierkegaard himself experienced, including advances in transportation, industrialization, and publishing, and sets the stage for Kierkegaard’s entry into the freedom of the press debate. explaining historical events such as the “petition for freedom of the press” of the 1830s, and cites research to show that “up to 1842, twenty-two out of the twenty-four daily newspapers in the country were subject to censorship (p.21) The historical terrain covered in this s first two chapters sets the stage for a closer examination of “Kierkegaard and the rise of technological culture” (ch. 3) and “Kierkegaard’s analysis of information technology” (ch. 4), while demonstrating that “Kierkegaard’s socio-historical situation is in no way qualitatively different from ours” (p.27 ). In other words, the questions that troubled this Great Dane are also those that haunt our own world.

Barnett carefully explains the Danish terms that Kierkegaard uses to question technology in his books, such as “discovery” (Opdagelse). It also explains Kierkegaard’s thoughts on the growth of the “bourgeois, bustling, overcrowded” city. But as I said, more important is Kierkegaard’s view of the press. In an early student writing, Kierkegaard described the press as an “unorthodox and unauthorized source of political power”, while in a later writing he lamented “the noise of the world”, since “spiritual life suffers in such a context. (p.36). The end of absolute monarchy and the rise of liberalism in Denmark during Kierkegaard’s lifetime made him fear that truth (especially Christian truth) would be identified with Vox populi (p.40). Barnett also reveals how, for Kierkegaard, the scientific worldview is ultimately an aesthetic worldview. Valuable as it is, it cannot “guide one in the deeply personal art of living well” (p.61).

Chapter Four includes a much deeper examination of the texts in which Kierkegaard discusses the press, from the lesser-known early polemical writings that include a critique of journalism, to his later book A literary journal (1846). Barnett argues that Kierkegaard’s concerns about the media “persist to the present day, when people often struggle to distinguish between ‘real’ and ‘fake’ news” (p.69) – but it also shows that this concern did not lead to Kierkegaard supporting absolute state control of the media. Some of Kierkegaard’s concerns centered on depersonalization and diminished individual responsibility, leading to moral indifference and “levelling”. Yet, ironically, Kierkegaard would later use the press in his attacks on the Danish state church. This could perhaps pave the way for examining some of the advantages of information technology, although Barnett follows Kierkegaard in focusing on a negative review of it. This continues in chapter five, where an application of Kierkegaard’s thinking to our contemporary situation explores the perils of Google.

According to Barnett, “Hegel and Google have an analogous relationship: both promote the systematic collection and distribution of knowledge to the detriment of human flourishing” (p.97). Kierkegaard’s criticisms of Hegel’s philosophical system are well known, and Barnett suggests that they indirectly challenge the desirability of the Internet, raising concerns about dangers such as the loss of our humanity caused by the assimilation of “the accumulation of knowledge to human well-being”. (p.102). After all, it is possible to have too much information, and Google “not only provides information, but also shapes how people relate to it” (p.105). Kierkegaard’s remedy for the corruption inherent in systematic information gathering is Translate or “contemplation,” which, according to Barnett, is a kind of therapy that “centers the existing person and, in turn, prepares the way for serious engagement with the whole of reality” (p.112).

Barnett is surely right that in the information age we are easily distracted from contemplative thought. But given recent events such as the Black Lives Matters and Me Too movements, one wonders if there isn’t also some good that comes from our use of information technology. I am thinking in particular of the concept of equality, which is at the heart of Kierkegaard’s understanding of love of neighbor developed in his works of love (1847), and which has also been advanced by people today with the massive help of the internet and social media. Could applying Kierkegaard’s thinking on this topic lead us to a more positive appreciation of new media? I raise this question in the spirit of Barnett’s study, and in particular his humble conclusion that this “project is basically a starting point [that] opens possibilities” (p.158), in order to suggest that we continue to read Kierkegaard with an eye to the question of technology, both negative and positive. Thanks to Barnett’s insightful study, we are in a much better position to continue this work.

Michael Strawser is president and professor of philosophy at the University of Central Florida. He is the author of The two/and: reading Kierkegaard from irony to edification (Fordham University Press) and Kierkegaard and the philosophy of love (Lexington Books).

Why lines of credit are better than payday loans