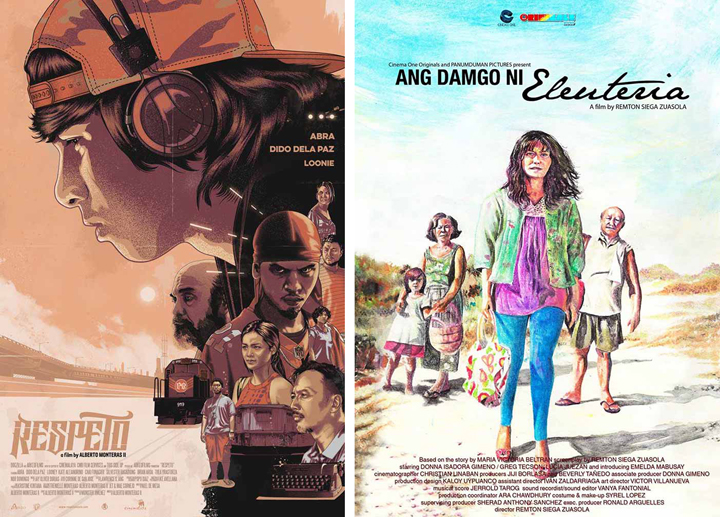 At the end of each decade (technically, at the start of another decade), the Manunuri ng Pelikulang Pilipino selects 10 films to represent the achievements of that period. For 2021, however, 11 films have been chosen. They will be formally honored at the Gawad Urian awards evening on October 21, 2021.

Here is the list of movies with words written about them by critics. These are not their quotes yet.

Remton zuasola Ang Damgo ni Eleuteria was the first recipient of the Gawad Urian for best film with dialogue not in the national language. A film on the dias-pora set in a migratory island for birds, Ang Damgo is known for his attempt to create a movie in one shot.

that of Arnel Mardoquio Bituin bay in Dilim de Gabi. Here represented is not Mindanao generally imagined as exotic; it is the vast land from which three individuals try to escape a land and their own identities in the night which, it seems, only offers darkness.

that of Alvin Yapan Ang Sayaw ng Dalawang Kaliwang Paa: â€œIn the film, poetry, dance and art are the repositories of authentic emotions. Instances of eros and eroticism occur in the power of the gaze, in the interrelation of the characters recorded in the reading of the poem and the performance of the dance. (Translated from Roland Tolentino’s review written in Filipino).

Rae red Babae in Baril: â€œThe story is deceptively simple with all the characteristics of film noir, cynicism, dark alley settings, austere lighting, frequent flashbacks, intertwined intrigues and an underlying existentialismâ€¦. The complexity of the film lies in the intricate weaving of these parallel storiesâ€¦. “(Gary Devilles)

Bagane Fiola Baboy halas. â€œFiola turns this mythical tale with documentary sensibility. Like an explorer’s diary, Fiola’s staging is rich in ethnographic detail and the raw authenticity of this medium is validated by the lumad cast which plays the different roles. (Mike Rapatan)

Khavn de la Cruz Balangiga: a howling desert “Is a historical film which succeeds in making more palpable to a contemporary public the effects of the massacre of Balangiga of September 28, 1901.” (Nic Tiongson)

Lav Diaz North, Hangganan ng Kasaysayan: This discourse on justice, family and fate starts from the chaos of a man committing a crime, another man being accused for the same. The wife of the unfortunate strives to keep the life of her family together while the culprit roams freely with her tortured perorations on all that is intellectual, including a revolution.

Treb Monteras Respeto: â€œCourageous but controlled, this film possesses a certain serenity in its narration of the violence employed by the powerful to resolve the use of drugs. The film opens with a loud and deafening exchange of curses and insults between two rappers in the middle of an audience shouting and applauding in support of the poets engaged in a verbal jousting. (Translated from a text written in Filipino by Bienvenido Lumbera)

at Arnel Barbarona Tu Carlin Imatuy: “[The film] is instructive, as it aimed to reveal how world forces have been relentless in their drive to wipe out peripheral societies in collusion with the state that acts in the name of progress. (Patrick Campos)

by Sheron Dayoc Crying river women: â€œâ€¦ The film’s greatest achievement lies in its ability to make us understand how rido destroys people as human beings, how it rejects tenderness as weakness and replaces compassion with hatred. In this, the film succeeds because the conflict and the character are developed simultaneously in the scenes which show the innermost thoughts and feelings of the characters. (Nic Tiongson)

Why God Matters: What Gives Meaning to Life?