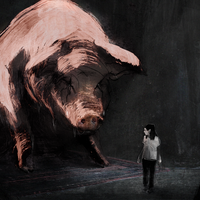 As readers know, I’m a champion of the unsung gems of any film festival – shorts. It’s not just the business cards of filmmakers, it’s a cinematographic form that is too often forgotten. Since we are more inundated with shorter forms via platforms such as Youtube and TikTok, perhaps we all need to take more time with shorts – arguably it’s harder to make a story work in a longer time. short, when you need to get your ideas across. faster. This can spark great ingenuity and creativity. The Slash film festival is currently underway in Austria; the Méliès Competition spotlights some of Europe’s best short films, and below are reviews of the festival’s selections for 2022.

Three teenage girls travel to a village in the English Fens to begin their journey to become supernatural creatures. Or maybe they already are? Their cannibalistic tendencies seem fresh and new. Based on a short story by Daisy Johnson, Coan’s short evokes a ’70s-style horror roughness, provoking these girls as they try to find their groove and power. They hesitate among themselves and with their prey, as they determine which of them might be the leader, how they will evade capture, and what they will do with their budding power. With minimal dialogue, Coan gives us what could be considered a lesbian vampire movie prequel and a brief glimpse into the emotional turmoil of teenage girls at the dawn of a different kind of femininity.

Dreams are a kind of purge of our unconscious and subconscious, a means for those moments, those people, those objects of our time that somehow unleash themselves on us when we least expect them ( or often don’t want them). What if, inside your mind, there was some kind of team set up to help or hinder the way the mind forces us to remember during those dark times? Censor of Dreams starts out as a humorous, imagining the bureaucracy behind this organization, but as this unconscious mind forces forward what we most wish to ignore, it becomes harder to remember. Berne and Rodriguez’s short film packs a lot of emotion and dread into its story, taking us down those dark hallways that make us rethink all the things we’ve ever dreamed of, for better or for worse.

An animated film in stop-motion, it’s a tale we’ve already seen: a teenager discovers something other than human, and rejects her strangeness, as she knows she will reject it. She balks at the confinement and isolation it brings, even though her grandmother (who has the same condition) encourages her to kiss him. While the animation is good, the story itself never quite takes off, stopping short of its potential, never going beyond what we expect for something new or different. in his perspective.

We think we know what to expect and how we would react to the arrival of extraterritorials on our planet. But even if we know they are there, the surreality of such an event would likely leave us in a bewilderment, strange nightmare of ecstasy and horror. This is the scenario that Fredrik Hana brings to his new short film. With fake archival footage strung together in an experimental tale, we’re asked to imagine what it would be like to share our planet with creatures we know nothing about, that we can’t imagine even in our darkest tales, and what it would mean for our existence. . A bewitching but unforgettable short film.

A young man tries to find a way to understand (and maybe embrace) what he perceives as his ugliness. The short features what we’ve all probably thought about when we’re alone: ​​ourselves as the star of a music video, the center of a talk show, on display for anyone to love and hate. As it begins to falter in the second half, the short film accurately depicts how the human psyche can wander as it contemplates its deepest urges and fears, with our identity and public presentation at the center of those fears. .

Animation gets sexy in this haunting tale of two creatures – humans? vampire? animals? who find themselves in the forest and begin a pursuit that becomes a hunt and then sex. With superb use of color, just in the right parts – and yes, I mean literally, with the tongue, the teeth, the genitals – as the beings transform into their wildest desires for themselves and for each other. It’s hard not to feel your own blood start pounding wistfully as you watch. Adult animation is too often overlooked, and this short proves it’s pretty easy to get your audience hot under the collar in a short amount of time.

Letter to a Pig (Israel/France). Directed by Tal Kantor.

It’s a pretty haunting movie and not at all disturbing. A young girl hears a Holocaust survivor tell her story, her feelings, and her perspective, even decades later, (understandably) touching many nerves. With a combination of drawn animations and stunning eye art, Kanton puts us in the proverbial girl’s shoes as her own nightmares increase as she imagines an altered scenario where she is both the hunter and the hunter. It’s crafted and managed to make audiences uncomfortable as we still grapple with the ramifications of one of our worst human tragedies. 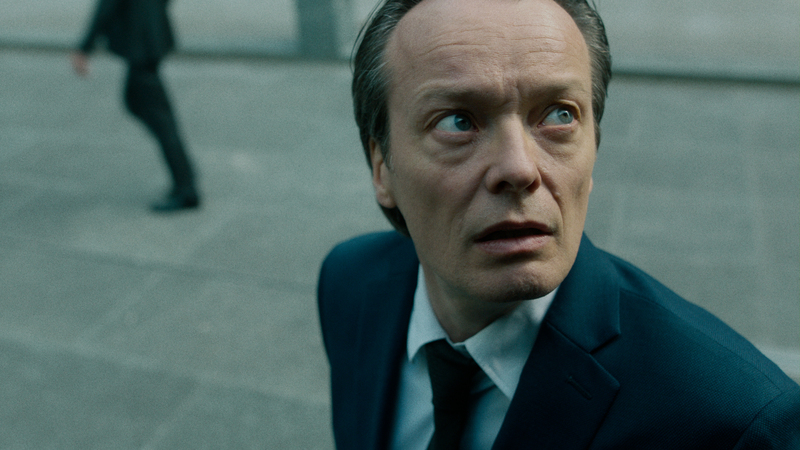 Do you ever remember a seemingly mundane or inconsequential moment that you relive over and over again until it consumes you? It seems like this mild-mannered man walking into his office is having such a moment, as he inexplicably keeps stepping on snails that seem to pop up out of nowhere. Part bizarre dream, part racing commentary, part existential terror brought to life, this short takes you down a twisty path of dark humor and unwitting animal behavior. The final plan is masterful in its simplicity and satisfying conclusion to a deceptively complex story.

spell on you (France). Directed by Sarah Lasry.

Salome is used to being daddy’s little girl. Until one day a few small warts appear on her nose, and suddenly her father can barely touch her. This strange in-between world she is forced into allows her to see what her father, mother, and nanny are up to, and unable to process the situation or her emotions, Salome turns to dark magic. It’s not easy to have a slow-burning short, but Lasry pulls it off, as we watch Salome descend into madness and, after learning a bit of magic, start using it to explore her own growing power. .