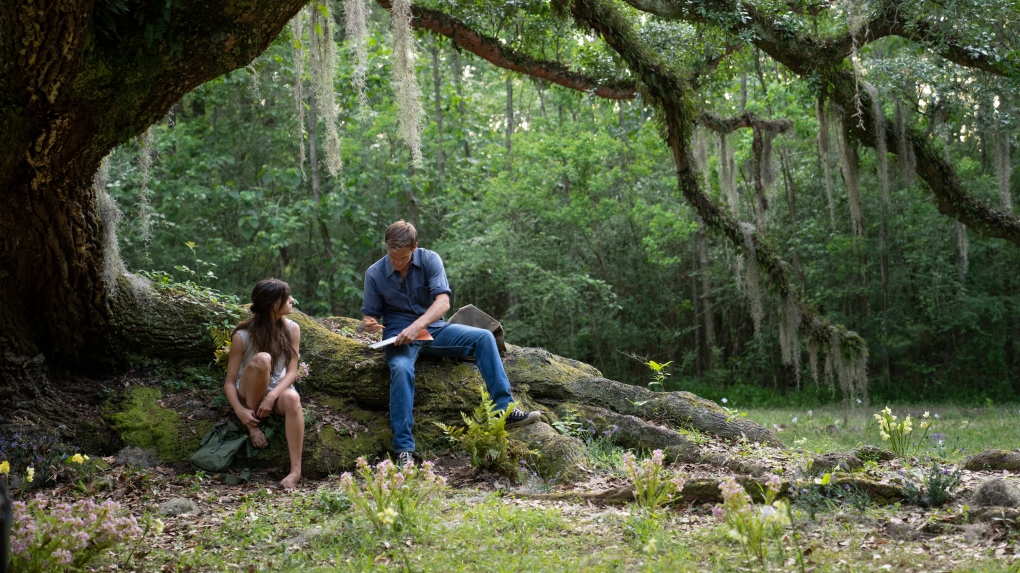 Movie reviews: “Where the Crawdads Sing” and more

WHERE THE CRAWDADS SING: 2 ½ STARS

This image released by Sony Pictures shows Taylor John Smith, left, and Daisy Edgar-Jones in a scene from “Where the Crawdads Sing.” (Michele K. Short/Sony Pictures via AP)

“Where the Crawdads Sing”, the film produced by Reese Witherspoon, based on the bestselling novel of the same name by Delia Owens and currently in theaters, is a bildungsroman. It may sound like the name of a frenetic Hobbit wedding dance or a syrupy, sweet Klingon dessert, but it’s actually just a fancy word for a study of the formative years or the spiritual upbringing of one. a person. Ripe with themes of abandonment, loneliness, and ultimately independence, the film is a unique coming-of-age story that spans spiritual growth and more down-to-earth concerns.

Set in and around the small North Carolina town of Barkley Cove, the story centers on Kya, played by Daisy Edgar-Jones. Abandoned as a child (played by Jojo Regina as a youth), it rose in the nearby coastal marshes. Nicknamed “Marsh Girl” by the locals, she is almost completely isolated. Without formal education, she learns to survive by observing the fauna of the swamps.

Resilient and intelligent, she says, “The swamp taught me how to survive, but it didn’t teach me everything.”

When her head is turned by two young town men, kind Tate (Taylor John Smith) and chauvinistic football star Chase (Harris Dickinson), she enters an unknown world. Viewed with suspicion, mocked and harassed, her life takes a disastrous turn when Chase is found dead. Accused of murder and facing the death penalty, Kya must draw on all her experience to endure.

“Despite everything that tries to crush it, life persists,” she says. “Where out there, where the crayfish sing, the swamp knows one thing above all else; every creature does what it must to survive.”

“Where the Crawdads Sing” is many things. It’s a love triangle, a murder mystery, a story of overcoming obstacles and yet none of it really sticks. What could have been raunchy Southern Gothic, ripe with sex and death, is instead a sleepy-paced melodrama that disregards the premise of female empowerment promised by the film’s intriguing lead character.

Kya could have been an electric, self-taught character, persevering against overwhelming odds – abuse, heartbreak and abandonment – ​​to grow spiritually. Edgar-Jones conveys some of that through his wide-eyed performance, and his intelligence is evident, but the resilience needed for Kya to survive and thrive is lacking.

Without an energizing lead character, the heart and soul of “Where the Crawdads Sing” is lost, leaving behind warmed-up intrigue and melodrama. 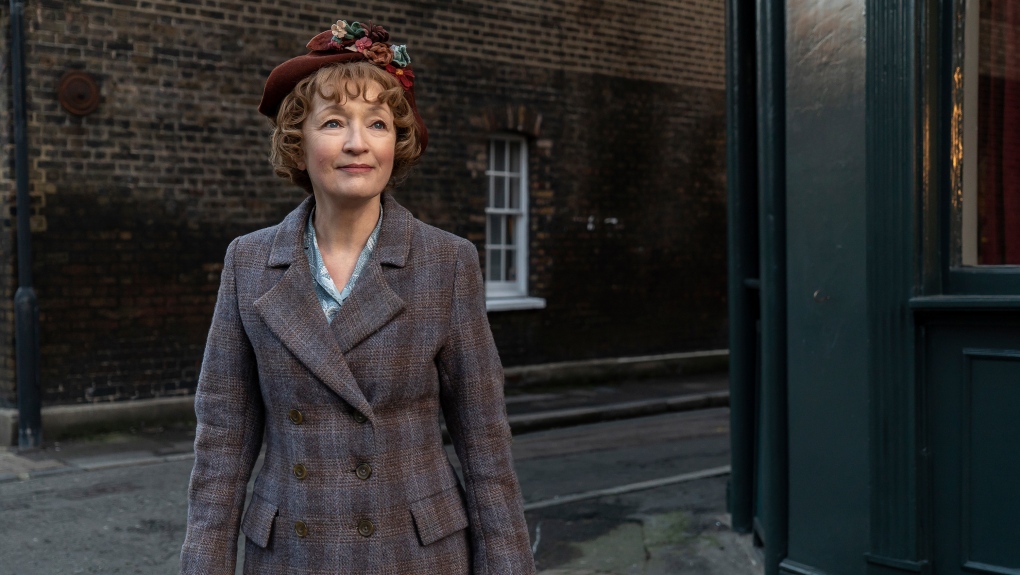 This image released by Focus Features shows Lesley Manville in a scene from ‘Mrs. Harris Goes to Paris’. (Liam Daniel/Focus Features via AP)

I generally avoid movies with rhyming titles. For every “Be Kind Rewind” or “Chop Shop,” that I’ve loved, there’s a “From Prada to Nada” or “Good Luck Chuck” to remind me that sometimes rhyme equals grime.

OK, that sucked, but you get the idea.

Cute titles are often the first harbinger of what’s to come. The new movie, “Mrs. Harris Goes to Paris,” commits the sin of the name game, but Oscar nominee Lesley Manville brings the poetry to the film.

Set in 1957, Manville plays Ada Harris, an upbeat London housekeeper. “Today is my lucky day,” she said. A self-proclaimed “invisible woman”, she is also a dreamer, someone who clings to the belief that her husband Eddie will finally return from the war and something better is always around the corner.

Only one of these things is true.

When Eddie is officially declared killed in action, she is devastated, but stoic. “I should have known he would have answered me if he could,” she said, holding back tears. “Well, footless and fancy.”

When she sees a beautiful haute couture Dior dress belonging to one of her aristocratic clients, it’s an epiphany. Although the dress costs double what she earns in a year, she sets her sights on visiting 30 Avenue Montaigne, Christian Dior’s eponymous boutique in Paris, and treating herself to a dress.

Through a series of unlikely coincidences, Mrs. Harris raises enough money to travel to the City of Lights, pay cash for the dress, and make her dream come true, but how is she, as the snobby and snobby Claudine asks Colbert (Isabelle Huppert), director of the Dior house, “Give the dress the life it deserves?”

“Mrs. Harris Goes to Paris” is the kind of feel good movie that looks like it was written by an algorithm. Of course, it’s based on the 1958 novel “Mrs. Paul Gallico’s ‘Arris Goes to Paris’, which later became a TV movie of the same name starring Angela Lansbury, Diana Rigg and Omar Sharif, but it feels like a bot was asked: ‘What is what makes people all feel hug, hug? ?”

How about a little old-school British slang, a little romance, the Eiffel Tower, sparkly dresses, class warfare and even a little existentialism? Nothing like a film about aspirations alongside Jean-Paul Sartre.

The philosopher’s name is used as a prop to illustrate the intellectual prowess of the French lovers (Alba Baptista and Lucas Bravo), but Ms. Harris seems to take Sartre’s ideas to heart.

When Sartre said, “Life begins on the other side of despair,” he may have been referring to Mrs. Harris’s rebirth after she learned that Eddie would not return to her. Sartre’s observation, “We are our choices”, applies to the indomitable spirit of the main character and his decision to find beauty in his world, however frivolous. As the film reduces existentialist theories to pop psychology, the elevation of Manville’s winning performance offers an escape to a more glamorous time (even though it’s set in Paris during a trash strike).

“Mrs. Harris Goes to Paris” is predictable and overly long, but Manville delivers the heart and soul. 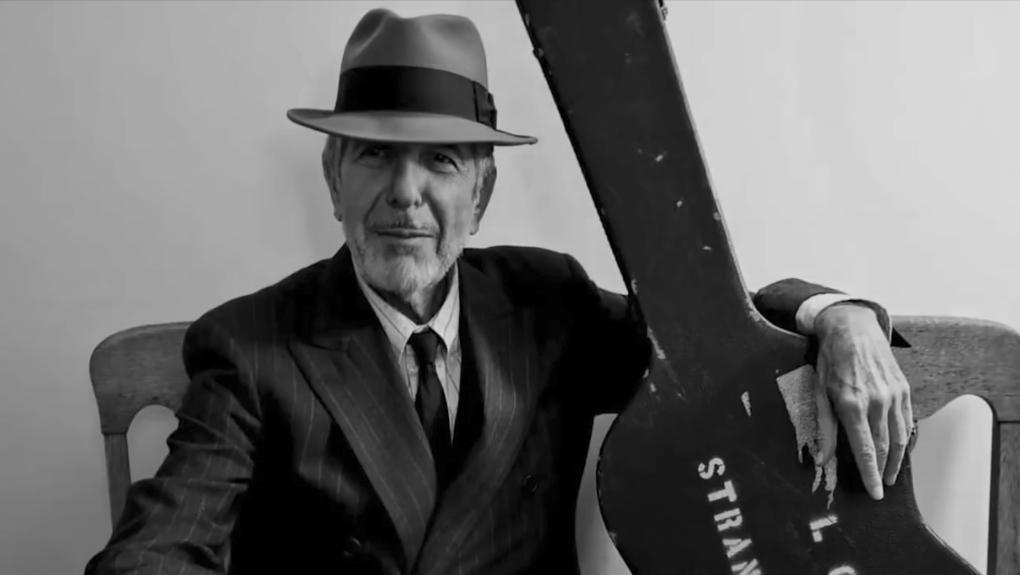 “Hallelujah,” Leonard Cohen’s haunting anthem of longing, spirituality and the mystery of life, took seven years to write. Started when Jimmy Carter was US President, the song was not released until Ronald Reagan was in his second term.

How does this compare to other songwriters? In a famous story, Bob Dylan and Leonard Cohen are having lunch. “I really like ‘Hallelujah’,” Dylan said. “How long did it take you to write this?

“Seven years,” was the reply.

Returning the compliment, Cohen said, “I really like ‘I and I,'” a track from Dylan’s ‘Infidels’ album. “How long did it take you to write this?

“I always thought I was sweating over this thing,” Cohen says in “Hallelujah: Leonard Cohen, A Journey, A Song,” a new documentary playing now in theaters, “But I had no idea of what it meant to sweat over this thing until I found myself in a crummy hotel room trying to finish “Hallelujah” and not being able to finish it.

The new documentary stretches beyond Cohen’s seven years of endless scribbling of lyrics, to attempt what he calls “My curious career and marginal presence at the edges of the music scene.”

Directed and edited by Daniel Geller and Dayna Goldfine, the film assembles new interviews with former friends of the singer, archival footage, musical performances and photographs. It paints the portrait of a spiritual seeker, a poet in an endless quest for meaning through the ups and downs of his career.

One downside was the release of “Various Positions”, the album that contained the original version of “Hallelujah”. Hindsight is 20/20, of course, but at the time the album was rejected by

Walter Yetnikoff, head of Columbia. Refusing to release it nationally, Yetnikoff gave Cohen a show biz kiss. “Leonard, we know you are great. But we don’t know if you’re good.

Both the album and the song languished, ignored and virtually unknown, until John Cale revived the melody on a tribute album called “I’m Your Fan”. Rearranging the arrangement and incorporating several unused verses by Cohen, the song finally caught the ears of audiences, including folk-rock singer Jeff Buckley. His version (based on Cale’s rendition) would go on to be named one of Rolling Stone’s 500 Greatest Songs of All Time, and is probably the best known in a field that includes covers of everyone from Rufus Wainwright and kd lang, to Pentatonix and Willie Nelson. “It’s a great song,” Buckley said. “I wish I had written it.”

Oddly enough, it was a sequence from the Mike Myers animated film “Shrek,” featuring Cale’s arrangement, that gave the melody a whole new energy for younger audiences. Eventually, the “cleaned up” version of “Shrek” would become a staple on the talent show “American Idol” and “X-Factor”, and would re-enter the charts multiple times. At one point, it took the top two spots on the UK charts at the same time, while Cohen’s 1984 was in the Top 40, a fact that tickled Cohen. “It was an ironic accompaniment because the record it came from wasn’t considered good enough for the American market,” he says in the film. “There is a certain feeling of revenge that has risen in my heart.”

Cohen fans may not learn much they don’t already know in “Hallelujah: Leonard Cohen, A Journey, A Song.” But, from music to meditation, from poetry to prayer, he remains – even in the broadest biographical traits – a fascinating character.

As for the song? Cohen says he’s happy with his success but says, “I think people should stop singing it for a little while.”