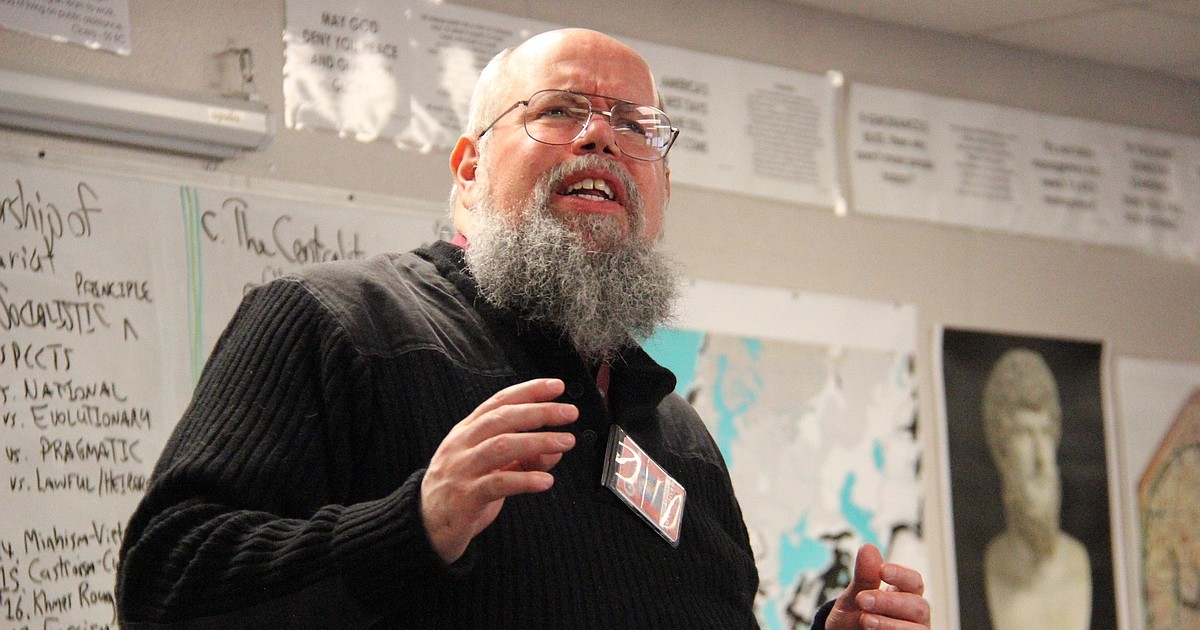 Op-Ed: Can we make peace with real enemies?

How can we make peace with people who want to destroy us?

We are blessed with a surplus of decent people whose mantra is that we should all come together in brotherly civility. I agree that those things that unite us are more important than anything that divides us. As individuals and as a society, our loyalty to the concepts of freedom and human dignity defines us more than any small disagreement about the best ways to apply these ideals to everyday circumstances.

Or, they should. Unfortunately, we often want to win arguments more than solve problems. This is true at the far right and left.

Fundamentalism is how these extremes define themselves. Fundamentalism is a reduction of all the intricacies of human existence to a narrow interpretation of a simple set of rules. For a fundamentalist, adherence to the “rules” is the only measure of virtue; any deviation amounts to a defect. Thus, fundamentalism is both legalistic and millenarian.

Legalism reduces society to a set of clear and enforceable laws. Legalists relentlessly monitor and reward compliance while punishing dissent. Without exception, every tyranny, theocracy, and totalitarian police state in human history is rooted in legalism.

Millennialism is the belief that the world as it exists today is hopelessly evil and unjust. No compromise can or should be made with this world. People should live as far away as possible.

Millennialists invest all their hopes in the expectation of an existential crisis that will completely destroy the current world order. They wish for a Day of Judgment or a Revolution that will end human life as we know it. After the disappearance of our world, a utopia will be built in its place; a new world rooted in justice. This “millennium”, the proverbial millennium of peace, is their only hope for humanity.

It amounts to a stubborn and utter hatred of the world as it is and everything in it. The only true love is that reserved for the world to come and the only company allowed is with other millennials.

There can be good and glory in such a worldview. Many of the early Christians who suffered unspeakable oppression under pagan Rome were millennials. Their hopes eventually led to a new Christian western civilization.

Today, on the right, many Christians maintain an essentially millennial perspective. Because to them the virtues of our American Republic are not meaningful, they often retreat from controversies about how best our society might move forward.

The Woke yearn for a society without privacy from their ever-present scrutiny, purifying laws, and corrective punishments. Their common goal, to replace the present western world with their paradise, is more significant than any difference in the particular cause that motivates their activism.

Most of us are neither legalists nor millenarians. Most of us can, with effort and good will, remember that we share more in common than they divide us. Most of us can happily work for our personal hopes and dreams within a broadly pluralistic American Constitutional Federal Republic.

However, most of us cannot make true peace with those who see our world as entirely evil. We simply cannot trust those who hate this world and want it to end soon to help us save the good from the bad.

Even if we want to, we cannot make peace with those who are determined to destroy us.

In Maine and then Idaho, Ralph K. Ginorio taught the history of Western civilization to high school students for nearly a quarter of a century. He is an “out of the closet” conservative educator with experience in special education, public schools, and charter schools, grades 6-12. He has lived in Coeur d’Alene since 2014. Email: [email protected]

The love life of philosophers changed the way we think

Psychology of Inner Symbols in Spiritual Philosophy (1) – The Sun Nigeria