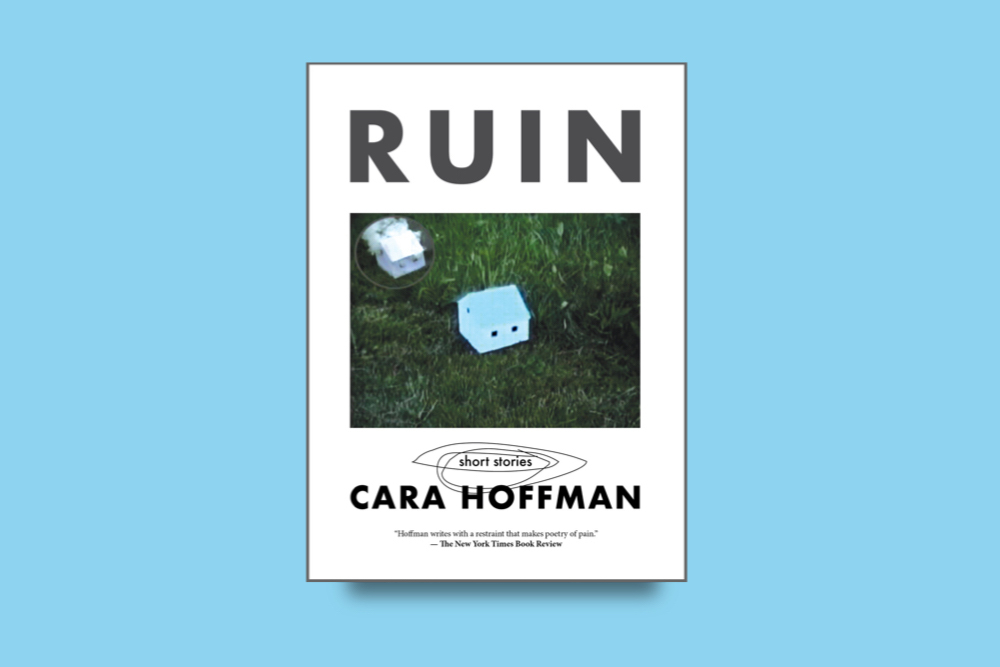 I met Cara Hoffman when she attended a reading I gave at Bluestockings bookstore in New York for my third novel, Sketchin 2018. She had just published her third novel, Working, and we became friends that way writers can become friends, which is perhaps one of the best reasons to become a writer – a camaraderie where we obsess over language in a particular way and struggle together to forge space for our creative selves in a world that mostly wants to crush us. So we started talking on the phone – hour-long conversations about gentrification and publishing and how to build autonomy as a writer in a world that only wants to commodify or destroy. In the summer of 2020, as a new pandemic ushered in the dystopian realities of quarantine, lockdown and social distancing, Hoffman invited me to join the editorial collective for a new publication, the Anarchist review of bookswhich would feature “intelligent, subversive, non-academic writing with an anti-authoritarian, anti-capitalist perspective”, and of course I said yes.

Hoffman’s fourth book, Ruin (PM Press), is a collection of anarchic short stories that move freely from narrative realism to satire, from speculative fiction to war reporting, from suspense and apocalypse to something akin to poetry. At the heart are existential questions of self and togetherness, rupture and loss, scarcity and possibility in the ruins of daily survival. “All of my work is character driven,” Hoffman says, “even if the character is a mouse.”

Mattilda Bernstein Sycamore There are many ruins in this book, the ruins of industrial capitalism, of desire, of family, of collective memory, of sexual assault, of murder and of war. And yet ruin is not only a place of loss, but also a place of possibility. How do you see this duality?

Cara Hoffman I grew up in a place with lots of modern ruins – manufacturing factories that have succumbed to nature; gun factories, mills, warehouses, an empty office tower due to environmental contamination, farms lying like ships tilted in the wind, dumping generations of possessions on the fields. A landscape of economic and structural ruins that also became venues for performances, roof dips in reservoirs, places to make art, squats, places where the imagination could work.

It’s also good to remember ruin is a verb and there are things that need to be destroyed like the corporate hold on the imagination, the doublethink that has taken hold in the culture, the class system, this list is quite long. Ruins are never just artifacts. They are always glimpses of the future. Delphi and Mayapan are more than picturesque temples and symbols of power – they are physical confirmation that political, economic and cultural centers will all fall and people will stay and rebuild. This does not mean that there will not be terrible consequences, but that there are liminal spaces and opportunities for revolutionary change, even if this change occurs at a psychic level.

MBS Gentrification plays a particular role in these stories – as a driver of displacement, as the dismantling of urban possibility, and as the wreckage of critical thought..

CH Yes. The history of the title Ruin is set in Alphabet City in Lower Manhattan, during a time in the 1980s when wreckage provided a creative sanctuary. I don’t tend to sentimentalize horrible things about homeowners arson or living in a burnt-out rat habitat with missing walls – but no one can deny the work that’s been done there, or the freedom that gave birth to it – the community gardens, the crumbling buildings that became squats or were bought from the city for a dollar. The complexity of this era, the types of artistic and political insurgencies that resulted.

These were times of power, autonomy and nuance and it was still possible to be dislocated from the devices that suck up our time and mark our locations and recycle our habits. Destroying critical thinking seems to be the main political agenda in the United States right and left right now. But it’s comforting to know that the luxury apartments of the tech bros and money junkies who now live in lower Manhattan will be under water in the not-too-distant future.

MBS In the title story, you write, “everything in the city was about to be remade in the image of a mirror that reflects another mirror”. The camera offers another organizing principle in the book: what is seen and what remains hidden. Who creates the frame and who watches? What do you want to illuminate through this lens?

CH I hadn’t thought about how many times the cameras appear in the book, but it’s true. The girls with their Super 8 camera desperate to create another world, the surveillance missions flying over to photograph the dead, the artist photographing the poison frog and the naked man. Retouched photographs. Each eye has a camera. I think hyper-documentation is the story of our time. The immediacy of the disposable image.

MBS There is also the process of photography. You write: “The subject of the photograph was irrelevant. That’s how it happened. You also invoke the painting process. Can you talk about this process-based orientation throughout the book?

CH It’s hard for me to feel, as a working artist, that the product matters. The book is not really the work, it is an artifact. The recording is never the song, the painting is an object that documents a process. And all of those things can be beautiful and meaningful, but it’s the flow state that produces those objects or those sounds or those ideas that is the real work. Hopefully this artifact creates resonant embodied meaning, thought, association and freedom in those who read, listen and see.

MBS It’s a very compact book, and yet the stories offer a wide range of styles and sensibilities. I wonder if you mean how you see stories in conversation with each other – formally, structurally, poetically and politically.

CH Ruin is a book of related stories, in some cases the connection is something as small as a bug on a windowsill. In a broad sense, each story is about a settling of scores with circumstances beyond his control. In that way, it really is a COVID-era book, a climate crisis book. I didn’t think about style, sensibility and genre when I was writing the book – I sat down and wrote without planning, and that’s the world that emerged. I also wrote these stories over a long period of time.

CH Some of the stories I wrote as early as 2003 or 2004. Some of them I wrote in part during residencies more recently, and then it all came together last year.

MBS I love when a line in the book stands out on its own to offer societal criticism, such as “It was when people started saying they were ‘on the mark’ that I lost the power to speak.” I think you’re wondering if it’s possible to escape that branding, to speak, right?

CH Yes absolutely. This branding – the idea that people would apply corporate methods and strategies to their personality and their work sickens me. I reject everything about it. The lack of nuance, complacency and manipulation involved. Lack of imagination, restriction of emotion and intellect, narrowed speech and the belief that everything is a product. These are ideas I would love to ruin.

Right now I’m trying to ruin them by posting the anarchist review of books and collectively create a place where the childish pursuit of personality and identity as a brand does not exist. The other way I tried to escape this branding is to leave America and live in Exarchia, an autonomous neighborhood in central Athens. I think there are other ways to do it, but I haven’t found them living in America.

MBS You also have a choice with this book to step out of the realm of business publishing, which is always “on brand,” to create a book about radical small press without such overt pressures for commodification. What are the perils and opportunities here?

CH I had three literary novels that were well received, reviewed and translated and they gave me another kind of life – I was able to leave a deadly situation virtually overnight thanks to the lead I got obtained for So beautiful, my first book. The enterprise edition made it all possible. This made it possible to leave the country, reach a large audience and talk about radical reprisals and foreign culture. But the pressure to stay on brand once you’ve published a popular book on a corporate press is enormous, as is the pressure to make changes at work that are driven by the market and the pressure to sell yourself – your personal history – to behave like a commodity.

The greatest danger is the corporatist hold on the imagination, on modes of expression, on language. Corporate publishers also have a largely unrecognized political agenda. I’ve always found it amusing what people see as political work – how things that reflect mainstream culture aren’t considered political, a realistic narrative about Americans living “relatable” lives isn’t considered political , but at the end of the day, it’s always the works that most reveal the dysfunction of a society or culture because their politics and ethos are revealed in every word. Silence on a subject is not apolitical. It’s a hose.

The other danger of publishing with a big corporate house is that stories that have precedent come mostly from the perspective of one social class and are often written by authors from the same elite schools. Unless the prose is amazing, this work is boring. It’s certain. There is no room for experimentation. Stories by and about the poor or working class are ignored unless they are about people in a state of struggle, are poverty porn, or include a story arc which implies financial success. This is not true for genre fiction but it is undeniably the case for literary fiction. There are always exceptions that prove the rule.

These decisions are made at the corporate level, not by the authors themselves. It’s not that there aren’t poor or working class authors who write about their lives, it’s that their work isn’t bought and when it is, it’s for so they can put on some kind of minstrel show. In the first adaptation of my novel be careful i love you, the screenwriter made every poor character smile with crooked or missing teeth and speak with bad grammar, which wasn’t in the book – it was a fucking joke. I threw the script across the room. The perils of staying with a big corporate house are writing propaganda for an oligopoly so you can participate in a strategy that erases content and meaning from your work. The dangers of publishing on a small press are that people might not buy as many copies of the book. It’s not a difficult decision.