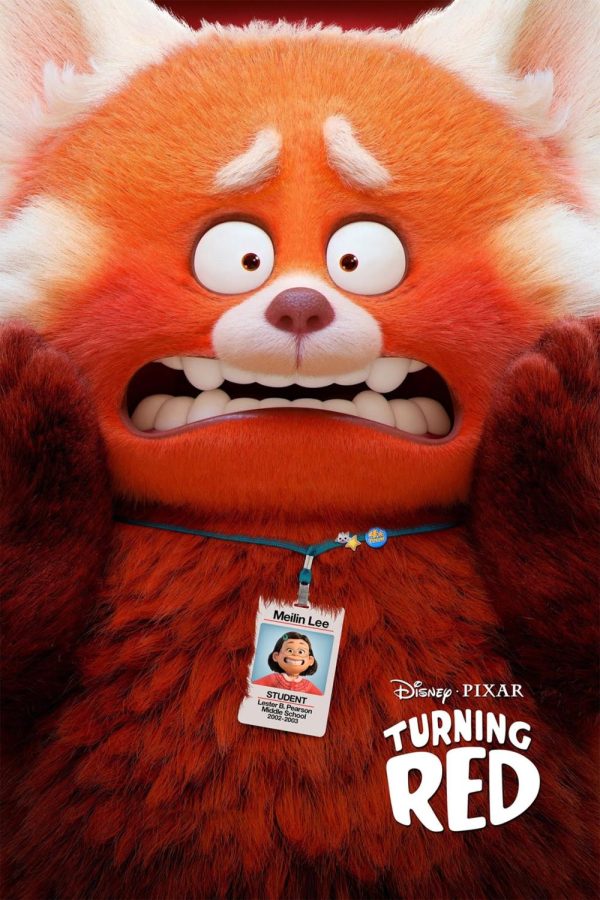 Disney and Pixar have made over 20 films together. We grew up with toys dealing with existentialism, rats wanting to be world famous chefs, an old man robbing his house with balloons, and monsters that turned scary kids into an energy-gathering business.

Now Disney has released a new movie about a girl dealing with a subject every parent wants to hear about: PUBERTY.

“Turning Red” is directed by Domee Shi. This is the first film directed by Shi, apart from a short film titled “Bao;” Shi also wrote for both films. “Bao” was about a Chinese-Canadian woman suffering from empty nest syndrome (parents bereaved when their children move out to live alone). The mother gets a second chance to become a mother when one of her handmade dumplings comes to life. This part of parenthood can be seen in “Turning Red” by Mei’s mother caring for her growing only child.

Before directing, Shi worked as a screenwriter for old Pixar movies like “Toy Story 4,” Incredibles 2,” and “Inside Out.”

Meilin “Mei” Lee is your average 13-year-old Chinese-Canadian girl growing up in 2002. Her mother, Ming, is overprotective and overbearing with the way Mei enjoys spending time with her three best friends. Mei and her friends are obsessed with a boy band concert coming to town. Mei spends the rest of her time tending to the family temple and studying for school. Just your average pre-teen.

Mei wakes up as a giant red panda due to an ancestral curse. The curse extends to all women in their family line, and she must seal the red panda’s spirit on the next red moon to free herself from it. Urr… she can show everyone the red panda and have a party! Can a curse be that bad if it’s fun and everyone likes it? Well, everyone except Mei’s grandmother and aunts, who come to town to take it away.

So if you’re familiar with ’80s movies, this might sound oddly familiar (yes, I’m old, chuddup). A 1985 teen comedy titled “Teen Wolf” starring Michael J. Fox. In this film, Fox discovers that he can naturally transform into a werewolf during his high school years due to a family curse. Instead of hiding it like his parents, he decides to use his abilities for school popularity and a basketball advantage.

Anyway, there are a lot of similarities between the two films. The two main characters are teenagers in high school who discover a family curse that turns them into animal monsters. The two end up revealing their school transformation and use it for fame and popularity.

There was also a “Teen Wolf” sequel and a TV series on MTV but meeeh.

Thus, you could put together a few elements. It’s a coming of age story, the girl is 13, her emotions change (in more than one way), only the females in her family can turn into red pandas uncontrollably due to unstable emotions, the title is called “Turning Red”, and the red panda is red. Yes, the red panda is a metaphor for female puberty. Oh, fun topic, right?

So wait, this is a Disney/Pixar cartoon that isn’t about toys coming to life or fish lost in the ocean? He talks about puberty; something that makes uptight parents uncomfortable talking to their own children? “A bold move, Cotton…”

It’s actually a creative approach to symbolizing Mei’s changes with the red panda. It does not go deep with its natural biological changes. Her transformations start off as out of control and embarrassing, running straight home during school when she couldn’t contain it. As Mei begins to control her emotions, she begins to accept the red panda’s spirit as it becomes a part of her.

Shi strongly insisted on including scenes referring to puberty, whether subtle or not, and she expected studio executives to remove them, which did not happen. It looks like Shi put a lot of his own experiences into this movie, which may explain why it’s set in 2002.

Like “Encanto”, there is no villain for the film. How am I supposed to take a movie seriously without a villain showdown, Disney?

Sandra Oh plays Ming Lee, Mei’s mother, as an overbearing parent who has many layers to her character. She’s not an evil mother, but she stands on antagonistic ground for Mei. Ming Lee also has “Karen” moments, the internet term for (usually) empowered women, especially when she sneaks into the school grounds to check on her daughter. His overprotective actions also come at embarrassing and cringe-worthy times for Mei, which doesn’t help his red panda transformations.

Despite this, there is a very touching moment at the end when Mei and Ming confront each other and address Mei growing up. You see Ming’s struggle to want to maintain the relationship she and her daughter had. Again, she’s not mean, she just makes the wrong choices to keep things the way they were.

“Turning Red” is a decent and inventive way to show a young girl growing up and dealing with crazy development. Even if you didn’t grow up with puberty as a girl, you can still appreciate the awkwardness and embarrassing times that Mei goes through. Adults can also appreciate that Ming sees her child grow and become herself.

What’s really crazy are the parents’ responses to a Disney/Pixar movie using puberty as a theme. Bambi’s dying mother, the madwoman who wants to skin Dalmatians for a coat, and the “Tarzan” villain dying from hanging are all acceptable in cartoons, but a girl growing up is apparently outlawed. I saw a review from a Christian site that gave “Turning Red” a bad review. They didn’t like it because Mei chose to kiss the panda instead of praying and giving herself and her condition to Jesus, even though Mei is not a Christian. I mean, faith is one thing, but demanding it from characters with strong Chinese backgrounds who honor their ancestors in temples is another.

Hey, wouldn’t you know? There’s an end-credits scene at the end, with a fun little joke with Mei’s dad.

“Turning Red” is streaming on Disney Plus.