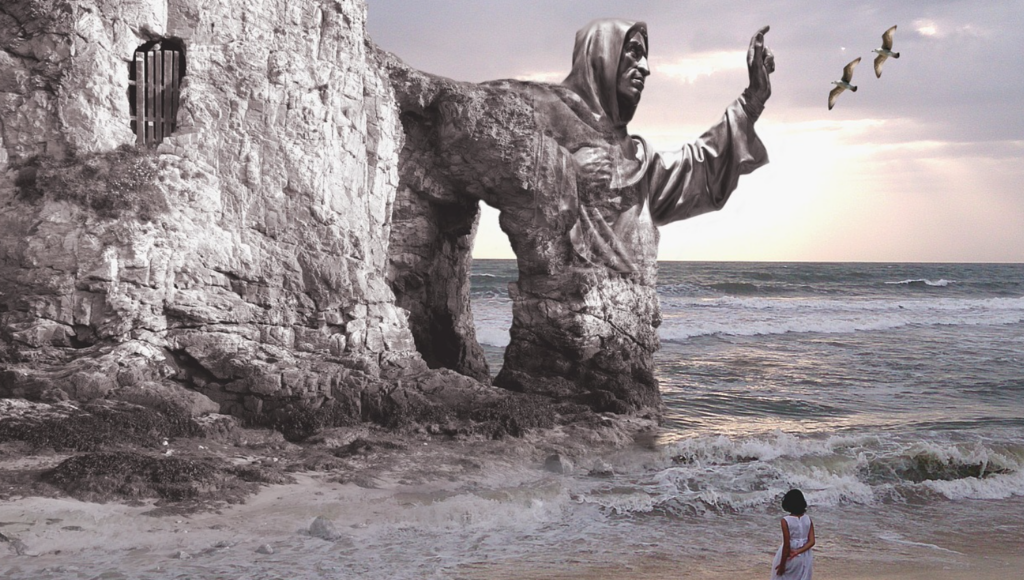 For the past few years, I have co-hosted the FORMED book club with Father Fessio and Vivian Dudro of Ignatius Press. Each week we record a half-hour discussion about the book we have chosen to read. Last week we started discussing a new book, titled Faith and reason: philosophers explain their turn to Catholicism. The first essay, “A Philosopher’s God” by Edward Feser, was so well reasoned and, moreover, so well written, that I feel the need to share it with others.

“It is sometimes said that teaching something to others is the best way to teach it yourself.” So begins Professor Feser. He then explains, at least eventually, how trying to be fair to classical philosophical arguments for the existence of God in order to teach them well, led him to take them seriously himself. “Making the explanation as convincing as possible for educational purposes, I inadvertently converted.”

Before discussing this part of his story, however, he explains how he lost his faith and became an atheist.

Raised as a Catholic, he began to lose his faith because of the relativism and modernism of the education he received in a “Catholic” high school where liberalism “the spirit of Vatican II” was the rule:

Some of the most notable memories include the priest who spent part of a scripture class happily explaining various pornographic slang terms, the mass where plain honeyed wheat bread was used for hosts and conference of theology based on the words of “Sympathy for the Devil” by the Rolling Stones. ”. Not surprisingly, several members of the clergy would, years later, be exposed as sexual abusers, although I never saw or heard of it myself at the time.

Professor Feser then traces his intellectual journey from a poorly catechized Catholic to a hard-core atheist. It began with a fascination with Kierkegaard’s philosophy which led to a fascination with Nietzsche: “Christian existentialism was therefore the gateway drug that would lead me to atheism, and the German philosopher Friedrich Nietzsche replaced Kierkegaard as my existentialist hero.”

With the smugness of the atheist who “saw through” the patently weak arguments of Christian philosophy, Feser became convinced that “as a philosopher, I could not be religious.”

The problem was, however, that Nietzsche’s famous epigram is itself a double-edged sword, which cuts both ways: “I would come to do something that few people who get enthusiastic about the epigram Nietzsche never seem to do: I applied it to atheism itself, and to my skeptical assumptions about Catholicism. And what I found was that they couldn’t resist a rational attack.

Putting Nietzsche’s axiomatic principle into practice, Professor Feser had the courage to question his own Nietzschean and atheist beliefs. In doing so, he came to see the inadequacy of atheistic explanations of the cosmos.

First, he became convinced from a study of ideas developed by philosophers of mind that “none of the existing attempts to explain the human mind in materialistic terms could work”. Second, arguments from logic convinced him that “attempts to explain language and meaning in materialistic terms have also failed.” Third, he realized that “mathematical physics tells us little about the nature of matter beyond its abstract structure.”

Having the courage to question his own atheist beliefs, he came to understand that materialism is “as riddled with difficulties, unanswered questions and dogmatic assumptions as atheists consider theism”. He then took the next intellectually honest step and revisited theism finding that it was “much more sophisticated and philosophically elaborate than I had assumed”.

This new openness led him to change his approach in class. Until that time he had essentially argued that the arguments for the existence of God were superficial and not worthy of serious consideration. “I would line up the arguments, then shoot them down…” His students “dutifully swallowed” his reasoning, “having been conditioned by the surrounding intellectual culture to believe that religion was by no means the kind of thing that could be supported by reason.

This kind of blind reasoning was not a challenge for either the students or their teacher. “It was boring as hell.”

Now, however, having the courage to question his own atheist beliefs, he decided to bring that courage to the classroom. “My view was that the most interesting way to teach a philosophy course, especially for those new to the subject, was to present a philosophical argument as something like an intellectual street fight.” The next time he taught the arguments for the existence of God, theism would come out fighting!

He realized that theism could only put up a good fight if he understood theism well enough to defend it. Again, with the courage to question his own beliefs, he revisited theistic arguments:

You can’t be sure you’ve given an idea a fair hearing until you’ve made a serious effort to understand how a rational person might find it plausible. This is especially important when considering ideas that you find alien or unappealing…. It might turn out that it was just your own unexamined biases that kept you from taking the idea seriously. You will definitely understand the ideas better after making the effort.

Instead of making the common standard atheist objections to arguments for the existence of God, Professor Feser instead asked how Aquinas or Gottfried Leibniz would answer the standard atheist objections to theism. He set to work to deepen and deepen theistic philosophy. He found that Aquinas’s Five Ways of Showing the Existence of God “said nothing of what I and most other contemporary philosophers assumed they were.” Professor Feser’s eyes opened. He had been blinded by prejudice and presumption but now he could see clearly:[N]o one who has actually studied the natural theology of Thomas Aquinas might think that he believes the things commonly attributed to him or that the standard objections have the least force.

This revelation changed his life. This allowed him to improve his teaching and it allowed him to see the philosophical academy from a new and liberating point of view: “[I]I hammered home the lesson that academic philosophers, even when talking about philosophical topics, often don’t know what they’re talking about. They are as prone to bias, ignorance and circular reasoning as anyone else. It appeared to him that “atheism, just as much as theism, could be motivated by pious wishes, special supplications, and otherwise irrational habits of mind”.

Determined to avoid these unphilosophical pitfalls, Professor Feser was prompted to explore theism more closely. He began to ask fundamental questions that highlighted the contradictory absurdity of philosophical materialism. “How is it possible rational deny the existence of rational thought processes themselves? How is it possible rational deny the very intelligibility of the world? Asking such questions led to inescapable conclusions. A consistent atheist had to be ultimately committed to fundamentally irrational beliefs that were ultimately insane.

From this point on, Professor Feser’s courageous and rationally consistent pursuit of truth led him back to the form of Catholic faith he had abandoned many years before:

Rational explanation, consistently pursued, has led to the conclusion that there is a single, infinite, eternal, necessary, immutable, immaterial, omnipotent, omniscient and perfectly good ultimate cause of things – a cause which, as I learned from the arguments of Thomas Aquinas in particular, supports all that exists, including me, right now and every moment.

The imaginative curator applies the principle of appreciation to the discussion of culture and politics as we approach dialogue with magnanimity rather than mere civility. Will you help us remain a refreshing oasis in the increasingly contentious arena of modern discourse? Please consider donate now.

The triumph of the Taliban was the tragedy of Afghanistan