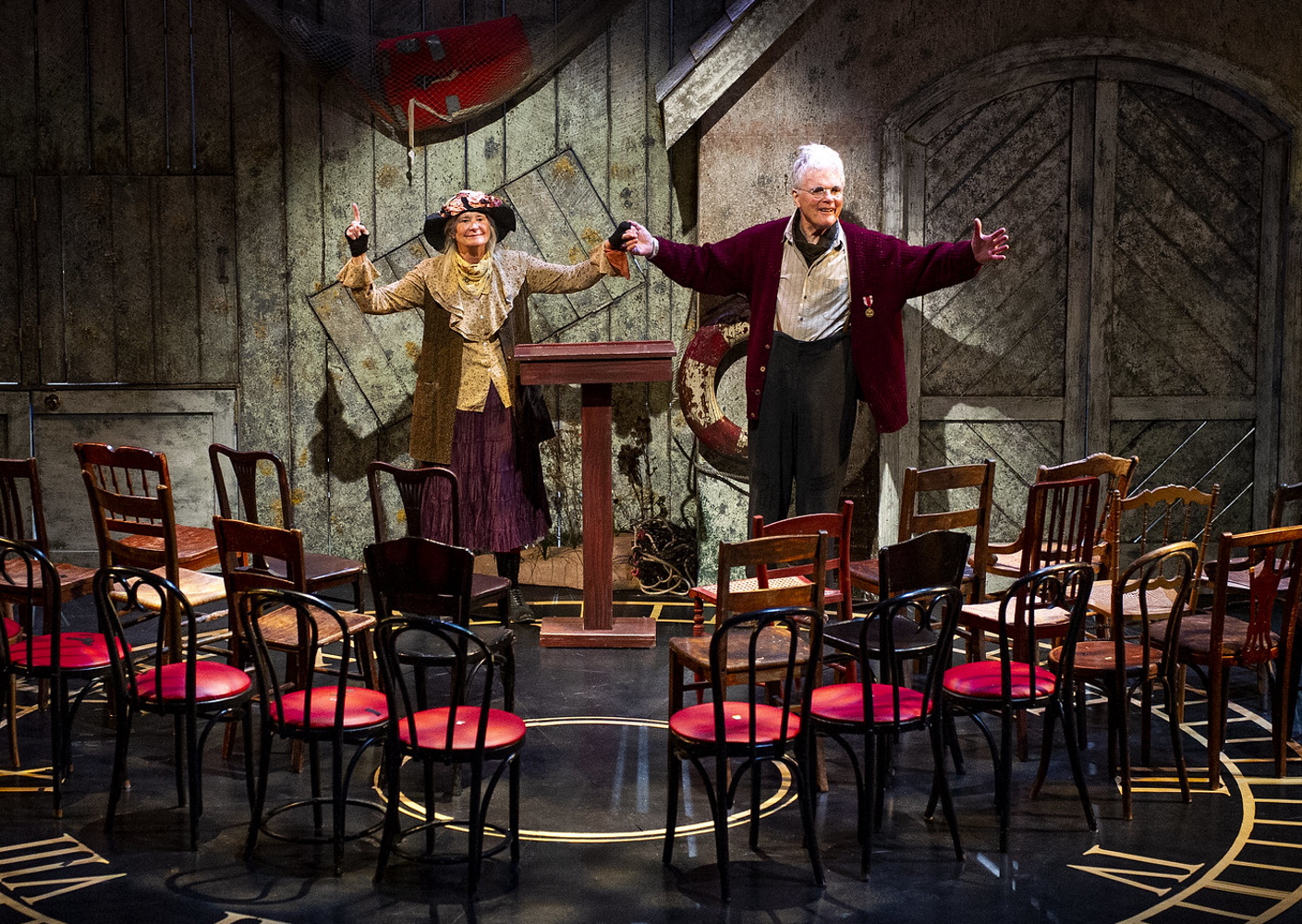 Stagestruck: an absurdity of chairs

When I was researching my book A world of ideas, I learned that the mid-century European movement known as the Theater of the Absurd has an interesting lineage. Some of the early Church Fathers argued that the key Christian belief that God became mortal in order to suffer for mankind is too absurd to have been invented, so it must be true.

This creed was started by the father of existentialism, SÃ¸ren Kierkegaard, who argued that since faith is fundamentally irrational, we must either believe blindly or fully embrace the ambiguity and uncertainty of our existence. This worldview was staged by characters like Samuel Beckett and Eugene Ionesco in plays that portrayed existential futility with nonsense, illogism, contradiction, irony and above all, repetition: the cycle of unnecessary activity that we paint with meaning.

the most famous work of Ionesco, The chairs, will play Shakespeare & Company until October 31, is a classic of the genre. It was premiered in 1952, the year before Beckett’s Waiting for Godot was staged for the first time. Comparisons are inevitable.

An older couple, known only as the old man and old woman, live in grim isolation in what appears to be a post-apocalyptic period in which all of civilization – or at least Paris – was destroyed. They eagerly await the arrival of the survivors, an assortment of guests whom they have invited to hear a mysterious “message” from the old man who will save the world, or “what’s left of it.”

Their memories of 75 years together are indeed repetitive, contradictory and absurd. The old man continues to start a story without ever ending it. The old woman remembers her husband’s devotion to his parents as he remembers leaving his mother to die in a ditch. When he mourns a life wasted with so much that could have been, his wife faithfully reminds him that he is General Factotum – a jack of all trades (but master of none).

The guests arrive – an elegant lady, a military colonel, an old flame of the old man, a crowd of journalists, “all the artists, all the owners, all those who are a little intellectual”, and finally the emperor – all invisible to us but not to the animators, who gradually fill the stage with chairs to seat them all. A madness for two, yes, but after all we are sitting there in the theater, and they pretend they don’t see we. Who are the real invisible? (While not emphasized in this production, there is a metatheatrical thread running through the absurd theater.) 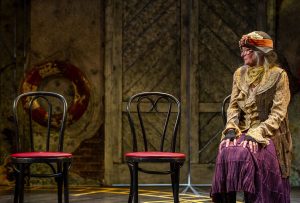 Ionesco captioned his play â€œa tragic farceâ€. The physical turmoil and non-verbal sequences are ripe for comedy, the couple’s desperate illusions are the makings of tragedy. At the end, they meet in the middle. We are neither in dots nor in tears, but with more questions than answers, more ambiguities than certainties – just like life.

In a program note, Warwick answers the implicit question “Why this room now?” â€Recalling the confinements of last year. â€œIsolated from family and friendsâ€¦ having imaginary conversations in our headsâ€¦ a perfect description of life in general recently. “

Shakespeare & Company veteran Malcolm Ingram gives the old man a staggering, contentious and, as King Lear said, not in his perfect mind, but resolute in his quest to complete his life’s work. Barbara Sims’ old woman is almost heartbreakingly sweet and supportive, a willing hostess and a ‘meeting helper’ as he calls her, not only ready but eager to hear her unfinished story for the umpteenth time. 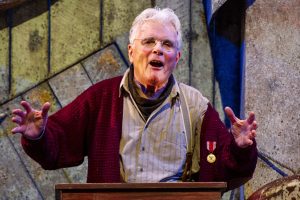 Warwick and Ingram are both English, and The Sims sport a compelling accent. Perhaps it is the British character that gives a high sense of reluctance to the procedure. The voices rarely rise, there is barely a crack in the couple’s unconditional love for each other, and little in their obsequious courtesies to the guests (there is some dismay when the Colonel seems to be on his way. refresh with the lady).

This approach is true to the direct effect of the room, although I would have liked to see more variety in the pace and more hectic hustle and bustle as the crowds of visitors and chairs swelled. And I don’t know what to think of the end.

A professional speaker was hired to deliver the Save the World message on behalf of the old man. When he arrives and steps onto the podium, the script says, he reveals himself as a deaf mute who utters a few unintelligible sounds before writing a cryptic word and a final “Goodbye” on a chalkboard.

In a recent interview, the director said that this portrayal of a disabled person “might have worked 70 years ago … but if Ionesco were alive today, he would cut that off.” That’s exactly what Warwick did, replacing the actor with an umbrella and the chalkboard with a fallen banner.

I’m afraid this is not very clear to someone who does not know the author’s original. The same goes for the final exit of the couple after the presentation of the Speaker and the declaration of the Old Man of his mission accomplished: a double suicide explicit in the scenario but only implicit here.

In the Valley lawyerthe current bi-monthly publication schedule of, Spectacular turn of events will continue to be a regular feature, with additional online posts. Write to me at [email protected] if you want to receive notifications when new coins appear.

To note: Weekly Pioneer Valley Theater News has full listings of what’s going on and to come in the valley and beyond. You can view it and subscribe (free) here: http://www.pioneervalleytheater.com/

The Stagestruck archives are at valleyadvocate.com/author/chris-rohmann
If you want to be notified of upcoming articles, send an email [email protected]