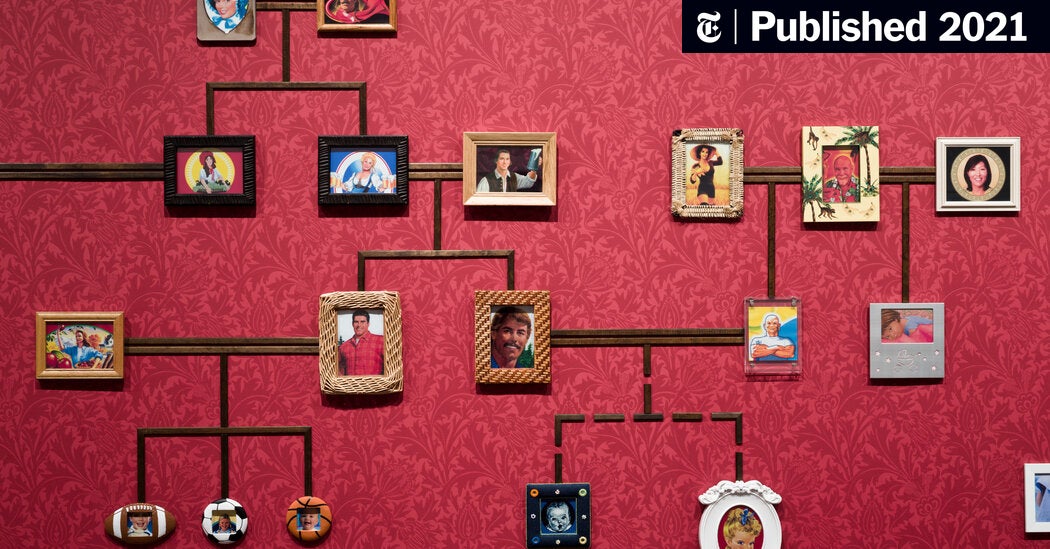 The Eccentric Existentialism of Nina Katchadourian – The New York Times

Nina Katchadourian is a sculptor, printmaker, photographer, performance artist, videographer, sound artist – but more than all that, she’s an artist with a voracious curiosity and the stamina of a marathon runner when it comes to life. it’s about running with an idea. In her first exhibition at the Pace Gallery, “Cumulus”, she offers seven witty, sometimes even laughable projects. But make no mistake: Beneath the playfulness lie some pretty fundamental questions about how we organize knowledge to make sense of our past and our present.

The New York and Berlin-based artist is a conceptualist at heart, but in the imaginative vein of Eleanor Antin, with whom she studied at the University of California, San Diego in the early 90s, rather than the dry seriousness of a Sol LeWitt. . But like LeWitt, she’s a fan of setting up a proposal and carrying it through endlessly. Some of Pace’s work began in the early days of his nearly 30-year career. Many have not been shown in New York since their earliest iterations; others make their debut in New York.

“Paranormal Postcards” was conceived 20 years ago when, during a layover at Oslo airport, Katchadourian decided to sew a red thread onto a postcard, connecting the hands of a person photographed on a fjord to each of the cruise ships sailing in the water below. , in a way that created a mysterious empathy between them. Since then, the artist has been collecting postcards from her travels and repeating the gesture where she now has hundreds of embellished images.

Each time the piece is installed, it rearranges its collection, with dotted red lines connecting the maps on the gallery walls, creating a taxonomy that seems straight out of a Borges short story.

In one group, the Statue of Liberty’s lighthouses and towers and torch are connected to boats; in another, hot air balloons are tied to the floor with red embroidery thread.

And then there are the museum postcards, where the hands of the castaways of a reproduction of Géricault’s “Radeau de la Méduse” are all tied to the white flag of one of their own, who salutes a small ship at the horizon. The hands of Balinese dancers, statues of Ganesh, Egyptian hieroglyphics and sculptures by Giacometti play at the cat’s cradle. The complicated webs allude to strange, sometimes inscrutable undercurrents in otherwise innocuous images.

“Paranormal Postcards” is both a travel diary and an investigation into the often arbitrary ways in which we classify and categorize information. The idea is central to another project on the show, “Sorted Books,” which Katchadourian has been working on since 1993. It involves creating found poetry from book titles she finds in people’s personal libraries. The Pace version was made this year, at the invitation of the Isamu Noguchi Museum.

“What is Modern Sculpture?/Brancusi/Noguchi/Marcel Duchamp/Why Duchamp/The Third Dimension” reads a stack – perhaps appropriate for a collection by the famous modernist sculptor. “This Time of Morning/Oh, My Aching Back/Your Prostate”/The Unfashionable Human Body”, on the other hand, offers a little too much insight into how Noguchi dealt with the difficulties of aging.

“The Supermarket Genealogy” (2005-) is part taxonomy, part family tree. The ever-expanding piece is made up of the faces that adorn the groceries, from the Hair for Men guy to the red baron of deep pizza fame to the stoic grandma featured on Lao Gan Ma’s label. Spicy Chilli Crisp.

Again, Katchadourian takes advantage of the seeming authority of data visualization – it’s in a graph, so it must be true – to create putative relationships between characters whose origins span time, space, and culture. (With each installation on her tour, Katchadourian scours local markets to add to the clan.) By displaying these portraits in thrift store frames and hanging them on red wallpaper adorned with faux flocking, she takes them out of the realm of design. of products. and trade and lodge them tenderly but firmly in our own families and homes.

Uncle Ben, Aunt Jemima and the Native American woman kneeling on butter from Land O’Lakes appear, although their images are mounted behind semi-opaque plexiglass to indicate their “death” – their respective societies have removed them due of changing sensitivities on racist stereotypes. Babies range from blonde hair and blue eyes to more racially ambiguous – advertising’s attempts to appeal to an increasingly diverse customer base. “The Supermarket Genealogy” may start as a one-liner but ends up functioning as a snapshot of contemporary attitudes.

Elsewhere, an intaglio print entitled “Lucy’s Sampler” (2020), suggests how complicated the notion of family can be, especially in the aftermath of war. The image is an exact translation in printmaking techniques of an embroidery sampler made by a young orphan girl from the Armenian Genocide. She was adopted by the artist’s grandparents and became, as Katchadourian explains in a text below the image, his “bonus grandmother”. Katchadourian’s respectful duplication of Lucy’s gestures becomes a touching acknowledgment of her ancestry.

The poignancy of “Accent Elimination” sneaks up on you. The six-channel video was included in the award-winning Armenian pavilion at the 2015 Venice Biennale and is on display in New York for the first time since. On one side, three monitors show the artist, his mother and father, each speaking from scripts written by his parents that tell of their origins and how they ended up meeting.

But here’s the catch: everyone speaks with someone else’s accent. Katchadourian alternately imitates her mother’s Swedish-influenced Finnish accent and her father’s Armenian accent through Turkey and Beirut, while her parents try to master their daughter’s flat American intonation. On the other hand, three monitors show the three working with an accent coach to perfect the intricacies of varying pronunciations.

Their efforts are sincere – every artist should have parents as playful as Katchadourian’s. But even they sometimes crack during filming. Their laughter lifts whatever lurks in the background of their stories, including the generational consequences of genocide and flight.

Like all the works in the exhibition, the good-natured charm of “Accent Elimination” opens up deeper lessons about how the simple act of mapping even the most personal or whimsical stories can illuminate our shared culture, including the incomprehensible parts of this.