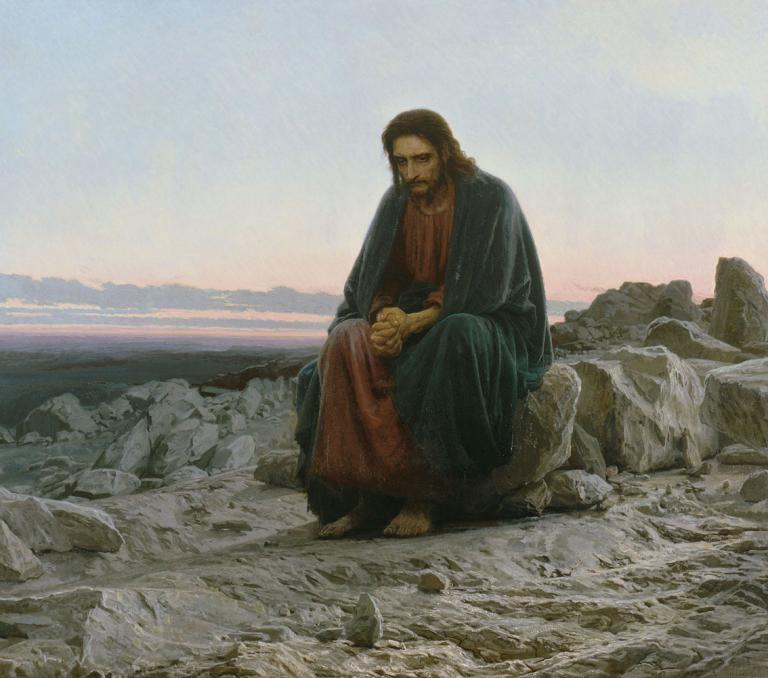 The first temptation(s) of Christ: the test of waiting

In this short series, I look at the first temptations of Christ (that we know about). These three temptations of Jesus in the desert are mentioned in all the synoptic gospels (Mark 1, Matthew 4 and Luke 4). While Mark only mentions that Jesus was tempted, without any specific details, the Matthew and Luke accounts contain the same details, although in a different order. I will use Matthew’s account of Jesus’ trial in the desert, the order of the temptations being irrelevant to the points I wish to address.

A fourth temptation not mentioned? (which actually comes first)

Before examining the “first” temptation, Satan’s attempt to induce Jesus to perform a miracle, there seems to be an implicit temptation in this pericope which is sometimes overlooked. Considering the larger context of the trials in the desert gives us a clue to an initial temptation that Jesus may have encountered.

Just before Jesus leaves for the desert to face his (im)mortal enemy, he is baptized by John in the Jordan. On this very public stage, the ministry of Jesus is divinely anointed because it is commissioned by the Father. The three Synoptics give us a picture of the Trinity itself as Jesus rises from the water, the Spirit descends upon Him and, with minor variations, we hear the voice of the Father say: [You] are my beloved Son, with him [You] I’m very happy. Behold Divinity in full and living color – the divine Three in One.

In addition to the Father’s confirming words, we are also told that the Spirit of God visibly descended upon Jesus. This Trinitarian operation is charged with meaning and purpose. Just as the Church itself would later receive the Spirit (Acts 2) in order to be empowered for its mission in the world, Jesus is empowered by the Spirit to accomplish his mission. Of course, without the mission of Jesus, there is no co-mission of the Church. It’s clear. Thus, it is the Spirit who urges Jesus to embark on the decisive mission in all of human history: the expiation of man’s sin and the reconciliation of man with God.

We can imagine that Jesus, fully human and like us in every way (but without sin), would really fired to begin His time of teaching, preaching and miracles. At this point, if we didn’t know what already happened next, we might expect Jesus to go straight to his team of apostles, start healing the lame and the blind, or maybe go up immediately to Jerusalem to confront the Jewish authorities.

But that’s not what the Spirit of God has in mind. Instead, like Abram and the children of Israel before him, Jesus had to wait before he could start anything. Not only that, He must be tested while He waits. Abraham had to wait 25 years from the time God promised a son who would make him the father of all nations until Isaac was actually born. During this time, he had to be tested in various ways. The Israelite refugees from Egypt, although promised to the Holy Land, nevertheless had to wait forty years and undergo various trials before being able to enter it. Their immaturity demanded it.

Just as it was with these, so it was to be with Jesus. It is indeed the Spirit himself who sends Jesus into the desert to first wait and then be tested.

Then Jesus was taken away by the Spirit in the desert to be tempted by the devil.

There is nothing accidental here. Jesus didn’t just choose to do this himself as some kind of ascetic practice. He didn’t just get lost or confused. It was by divine decree, intentional in every way – the result of God’s divine governance.

This “proto-temptation” of Jesus could be described this way: after he receives the “green light” to begin his mission, he is not allowed to go, at least not right away. Jesus does not just flee to Jerusalem and begin his vital work. Something most of us would probably be tempted to do, if we had just seen the power of God come upon us and his voice calling us worthy. Even Jesus is called to contain his enthusiasm. There is something else that needs to be done first.

Moreover, Jesus must wait 40 days to then be tested in the deepest way possible – to fight the “lord” of this world. By doing this, however, Christ redeems Abraham’s impatience that led to so many poor choices between Isaac’s promise and God’s actualization of that promise. He also redeems the grumblings of Israel as they waited forty years in the wilderness to enter the promised land.

So we see that something big, something of enormous significance is happening in the waiting period. This should tell us how we should wait. Waiting, in God’s economy, is not a frivolous or meaningless enterprise. It has a great spiritual purpose. Expectation is redemptive if approached with the mind of Christ (Phil 2:5-11).

Like most of us, however, Jesus probably felt ready to do what God had asked him to do and Do it now. How many of us feel ready for ministry, especially if we have a genuine sense of our calling? However, in reality, we are not ready. If the Bible suggests that even Jesus, who clearly knew his calling after his baptism, was still not ready to begin his ministry, then how much more could we not be ready to begin the ministry, even though we have been called.

For Jesus, there was still a need to grow “in wisdom and stature” (Luke 2:52). And it wouldn’t be an easy growth. It would require and even exhaust the full range of his human powers. For us, therefore, there can often be a series of difficult trials, perhaps even a long series of such trials, which come immediately after we feel called to the ministry. The old adage “only fools rush” applies most poignantly to gospel questions, which are, after all, ultimate questions. We should then beware that even Jesus was not allowed to dive right into it. Even Christ had to wait and be tested before he could begin his public mission.

Hurry and Wait: A Lesson for All of Us

Life in the military often looks like this: waiting, often for long periods of time, to put everything you’ve learned into action. Actualizing all the abilities one has honed and practicing all the skills learned is paramount in the mind of any good soldier; and, as CS Lewis would say, in his chest. But just when one is about to burst with this acquired power and energy, the command from above inevitably comes: “Hold on to what you have” and “Hurry up and wait.” Every soldier knows the true trial of wait. It is often in the waiting periods that the soldiers, even the most courageous, meet their match.

We are all going through this though, not just the military. There are times in life when we think we should be in the thick of it, when we To feel ready to jump into the fray. But only God knows when we are truly ready for battle. The commissioning of warfare, especially spiritual warfare, and the actual act of warfare are often separated by a period of personal trials and tests.

If we were wise, which we are not, we would realize that the desert itself is actually part of the war. The paradox, of course, is that this wisdom is usually not acquired without first crossing the desert. As such, we often feel like we’re sitting on the sidelines, which we’re not, while others struggle. Still, it can help, at least a little, if someone gives us advance notice of what it will be like to wait.

Wait patiently is half the battle in any well-planned campaign. It is a crucial part of God’s plan for our lives. Being out of step with God’s cadence usually doesn’t end well, even for the most sincere believer. While our great commander and leader will always bring the faithful back to his rhythm, stepping out of the ranks, before the time is right, only hinders the mission, causing chaos in the ranks.

This is perhaps something churches should reconsider, especially when they are in the process of selecting their next “senior” pastor. Maybe “senior” pastors don’t need to be “senior” in the legal sense over 62, but how often do pastors in their twenties really have the life experience, the necessary intellectual sense or personal character to lead a congregation of lost sheep? How many times will the 27-year-old preacher have the experience and knowledge to say something substantial to the 70-year-old worshiper who fought the Viet Cong or the 15-year-old struggling with gender dysphoria?

We seem to have a serious shortage of deep teaching in the Evangelical Church today. The cookies are indeed on the bottom shelf. Could it be that we are too willing to rush the young and inexperienced into roles for which they are not yet prepared, even if they have been called to do so? Couldn’t a stay in the desert, even for 10, 15 or 20 years, make all the difference?

Review: Nobody loves you and you don’t deserve to exist