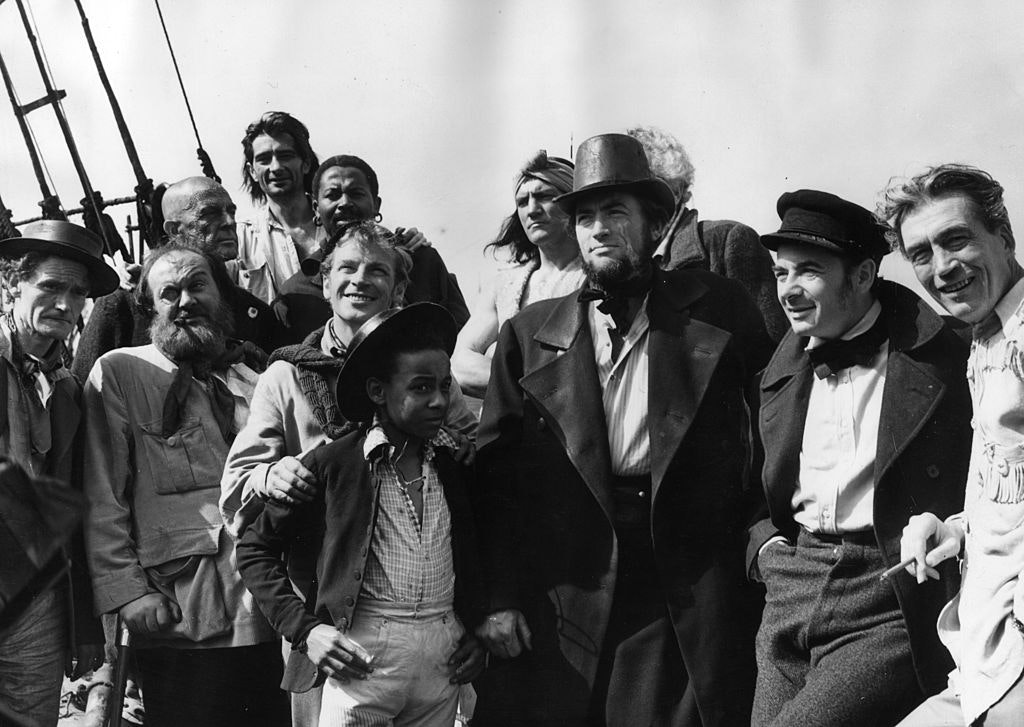 (The Conversation) – Like an environmental historian and 19th century scholar, I spend a lot of time thinking about how the past can help us deal with our current crises, especially climate change.

And there’s a lot of help to be found in the 1800s, from appreciation of savagery in Henry David Thoreau’s famous “Walden”, to the rise of ecology, the science of interdependence. “We can all be entangled together,” scribbled Charles Darwin in his notebook.

But my nomination for the most useful climate handbook ever written might come as a surprise: “Moby-Dick.”

What makes “Moby-Dick” especially relevant right now is that it offers a wave of solidarity and perseverance. These are qualities that societies may need to acquire as we face the overwhelming threat of climate change. The novel doesn’t have a simple moral, but it does remind readers that we can at least support each other, even when the water is swirling around us.

Climate change affects time scales and planetary systems that humans are not wired to understand. But at the same time, it can be seen as another challenge that we set ourselves because of the failings of society.

It is perhaps more useful, then, to think of climate change not as a whole new “existential threat”, but as the kind of secular crisis that is tailor-made for existentialism – a philosophy, as the scholar Walter Kaufmann said, it is “fear, despair, death and fearlessness”. The basic idea is to recognize how treacherous and unknowable your path is, then move on anyway.

“Moby-Dick” is clearly an existentialist text, although it was published nearly a century before the term was coined. One of the founders of modern existentialism, Nobel laureate Albert Camus, explicitly acknowledged Melville as an intellectual ancestor. And two of the main characters in “Moby-Dick” are near-perfect existentialists: the narrator, Ishmael, and his friend, Queequeg, a harpooner from the fictional island of Kokovoko.

From the start of his story, Ishmael clearly expresses his obsession with the horror of the human condition. He is bitterly depressed, angry, even suicidal: “It’s a wet and drizzly November in my soul”, he says on the front page, and he finds himself “stopping in front of the coffin warehouses”. He hates the way modern New Yorkers seem to spend their days “tied to counters, nailed to benches, clinging to desks.” He only thinks of going to sea.

Of course, it doesn’t take long for him to have a near-death experience in open water. He and a few crewmates get kicked out of their small boat in the middle of a squall after failing to catch the whale they were looking for. Queequeg signals with their one faint lantern, “desperately holding hope in the midst of despair”.

Immediately after their rescue, Ishmael interrogates the more experienced members of the crew and, confirming that this sort of thing happens all the time, goes below decks to “write a draft of my will”, with Queequeg as his witness. “The whole universe” looks like “a vast farce” at his expense, but he finds himself able to smile at absurdity: a collected dive into death and destruction.

Whaling was fraught with dangers for whales and whalers.
From ‘Incidents of a Whaling Voyage,’ by Francis Allyn Olmsted.

No man is an island

Again and again, “Moby-Dick” forces readers to confront despair. But that doesn’t make it a dark or chilling read – partly because Melville himself is such an engaging companion, and much of the book imparts a powerful sense of camaraderie.

Literary criticism Geoffrey Sanborn writes that Melville meant for “Moby-Dick” “to make your mind a more interesting and pleasant place”.

“It’s about the effort,” he writes, “…to feel, in the deepest recesses of your consciousness, at least temporarily not alone.”

When Ishmael stops at the whaler’s chapel before his fateful voyage, “each silent worshiper seemed deliberately seated apart from the other, as if each silent grief was insular and incommunicable”. But once aboard his ship, he finds all of the crew members suddenly “welded into one”, thanks to their common sense of purpose and awareness of the dangers ahead. And he sees the same kind of unity in the “extensive herds” of sperm whales, as if “many nations among them had sworn a solemn league and covenant of mutual assistance and protection”.

It is the sense of interdependence that human nations need today. When I picked up ‘Moby-Dick’ earlier this month, I almost immediately thought of the climate change negotiations in Glasgow – and the tiny island of Queequeg. I could easily imagine the harpooner as an eloquent representative of a nation threatened with being swallowed up by rising waters.

“It’s a mutualized world, by shares, in all meridians”, Ishmael imagines Queequeg saying at one point in the novel. “We cannibals must help these Christians.” It’s a startling line, underscoring Melville’s suggestion that Queequeg, whom many characters dismiss as a “heathen”, is actually the most ethical character in the book.

But in Glasgow, it seems, recognition by wealthy nations of the need for mutual aid below. Although their disproportionate greenhouse gas emissions are largely to blame for the disproportionate suffering of the poorest countries, their funding for developing countries to weather the storm falls far short of what is needed – and ultimately it could come down to everyone.

Queequeg’s interdependent relationship with Ishmael is at the very center of “Moby-Dick”. Their destinies are linked; Queequeg is Ishmael’s “inseparable twin brother”. In one scene, the harpooner hangs above the water, tied by a rope to Ishmael, so that “if poor Queequeg sank never to rise again”, our narrator would also fall into the sea.

At the end of the novel, all the whalers except Ishmael sink and never come back up. The narrator is saved by a coffin that Queequeg had carved for himself and then given to the first mate to replace a lost lifeline. Much of “Moby-Dick” will always remain murky, but that symbolism is clear: pondering death and preparing for the worst are age-old survival strategies.

Queequeg’s culture has led him to face the harshest realities of life. As Ishmael admiringly notes, the harpooner had “no civilized hypocrisy or tasteless deceit”, no tendency to denial. He had taken great pleasure in sculpting his coffin, and when he lay down in it to check the fit, while suffering from a life-threatening fever, he showed a “perfectly composed face”. “It’ll be fine,” he muttered; “It’s easy.”

Queequeg’s existentialist determination in the face of fear, his willingness to sacrifice, his benevolent foresight made all the difference. And maybe that could be a source of inspiration. The key to tackling climate change will not be an abstract injunction to save the planet; it will be about recognizing interdependence and commonalities and accepting responsibility. It will be about returning the favor to Queequeg.

(Aaron Sachs, Professor of History and American Studies, Cornell University. The views expressed in this commentary do not necessarily reflect those of Religion News Service.)