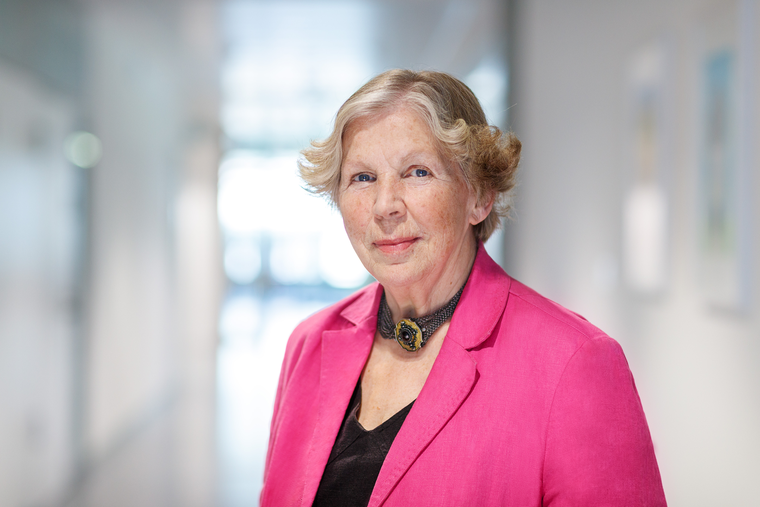 The eleventh edition of the Ratzinger Prize was won by German philosopher Hanna-Barbara Gerl-Falkovitz and Old Testament theologian Ludger Schwienhorst-SchÃ¶nberger.

Established by the Ratzinger Foundation in 2011, this prize is intended to encourage research in theology and any other academic research inspired by the Gospel, in the tradition of the teachings of Pope Benedict.

The award ceremony took place on November 13 in the Clementine Hall of the Apostolic Palace, in the presence of Pope Francis. The 2020 Ratzinger Prize winners, French philosopher Jean-Luc Marion and Australian theologian Tracey Rowland, were also on hand to receive their awards after the 2020 awards ceremony was canceled due to coronavirus restrictions.

The four scholars then met Pope Emeritus Benedict XVI at the Mater Ecclesiae monastery in the Vatican on November 15. The registry interviewed Hanna-Barbara Gerl-Falkovitz following this meeting to ask him his point of view on the excesses caused by the ideologies resulting from the sexual revolution of 1968, in particular the ideology of gender and other postmodern questions.

Born in 1945, she is Professor Emeritus of Philosophy of Religion and Comparative Religious Studies at TU Dresden. Her research focuses on the philosophy of religion of the 19th and 20th centuries, and she specializes in the Catholic philosopher Edith Stein and the theologian Romano Guardini, to whom she has dedicated numerous writings.

You have just met Pope Emeritus Benedict XVI, after receiving the Ratzinger Prize at the Vatican. Can you tell us what your discussions were about?

These were moments of great humanism and erudition. We, four laureates, presented our work to the Pope Emeritus, and he commented on our four themes in a low voice, but clear and careful and sympathetic.

As a senior professor at Pope Benedict XVI’s Philosophical and Theological Hochschule, how would you describe his greatest contribution to the philosophical world of his time?

I would say his understanding of Logos explicitly shows the contribution of Greek reason to Christian dogmatics and teaching; and he interpreted the wonderful tension and complement of Greek and Hebrew wisdom as the two sources of Christianity.

How has it influenced your thinking?

Pope Benedict spoke of the â€œcourt of the Gentilesâ€ in the temple in Jerusalem, where non-Jews listened to the revelations of the prophets. My duty in an agnostic society in East Germany from 1993 to 2011 was therefore to open such a tribunal. Also, I am deeply convinced that Logos is the instrument to empty the mind before entering the faith [debate, discussion enables people to enter the faith with a clear mind]. “Omnia nostra, â€Said Saint Augustine -â€œ everything belongs to us â€- when we are able to integrate the wisdom of other cultures into Christianity as well. It is not a question of melting, but of integrating and leading all wisdom into the eternal Sophie [from Greek, â€œwisdomâ€].

In a maintenance with L’Osservatore Romano a few years ago, you said that you had become a believer by studying philosophy, especially that of the nineteenth and twentieth centuries, which nevertheless proclaimed the “death of God”. How can you explain this?

The theology of the 1960s, when I was studying in Munich, did not appeal to me: too much historical criticism, also in methodology, too much existentialism (for example, the death of God in the Protestant theology of Dorothee SÃ¶lle), etc.

In philosophy, I learned to see the objective structures and orders of thought and the world, the contradictions of atheism, the absurdity of denying the truth. Also, the deep meaning of the objective world, which is much more than a construction of the human mind.

In his time, Romano Guardini, whose thoughts you have explored, saw nihilism as the greatest danger for post-war youth. How do you think he would view society today?

He always tried to see both sides of a cultural phenomenon. Moreover, in his time he saw great peril and great opportunity in the technical world of uprising.

Today he would certainly criticize the loss of the human personality constructed by the Creator, for example the desperate self-destruction of even his own body (all aspects of “trans-” including transhumanism, the alluring theories of autonomy). But he believed in the strength of the rules of creation, of the rules of redemption; he believed in the Church as an indestructible instrument of the Spirit.

By analyzing the process of secularization in the West in a item published on Vita and Pensiero, you have noticed a return of the sacred. What form does it take?

Unfortunately, one type of return of the sacred is that of esoteric practices, in all their strange helplessness. The other phenomenon that arises among the young generation: they rediscover the adoration, the adoration of the Eucharist, of Jesus, the veneration of the Virgin Mary (also under the influence of Medjugorje). All of this is happening beyond denominational boundaries.

I know young priests who had to study hypercritical theology. They formed groups to â€œsurviveâ€ in the faith and decided to take a new path of prayer and dogma.

You have also studied feminist theology and women’s history extensively during your career, which naturally led you to take an interest in gender theory, towards which you have never hidden your hostility. What danger does this ideology represent for you?

It represents, in a word: decarnation. It represents contempt for his own body, his language, his divine gift.

In the same vein, how do you approach the question of the ordination of women, which many are calling for today, in the name of equality, and to put an end to the â€œexcesses of clericalismâ€?

Man and woman are equal in dignity and different in their duties or their charisms. This is the charm of creation: no neutral person. The domain of the Christian woman is the whole world – especially the next generation [of women], in its vulnerable state.

The priest must serve – nourish, console, strengthen – men and women in their endless duties. The masculinity of Jesus obviously has meaning, as does the femininity of Mary. Both concepts are fundamental; we need a new theology to open our blind eyes for it.

While some today dispute the relevance of some of the teachings of Humanae Vitae, you reaffirmed its relevance, half a century after the sexual revolution of 1968. How can this encyclical inspire today’s society?

It is obvious that the sexual revolution has left behind a deep trace of destruction: broken relationships, short and unreliable relationships, pornography, autoerotic and polymorphic sexuality, “production” of children in another woman’s womb, and so on. The encyclical speaks of the physical nature and psychic desires of man and woman, of their amorous dialogue, of their confidence in life, or, better, in God, of their desire for children – without techniques, without pills, without manipulation. It may be an ideal, but how to proceed in these complicated subjects, without ideal? Even though many people think that they cannot follow this path, they can understand the beauty of it.