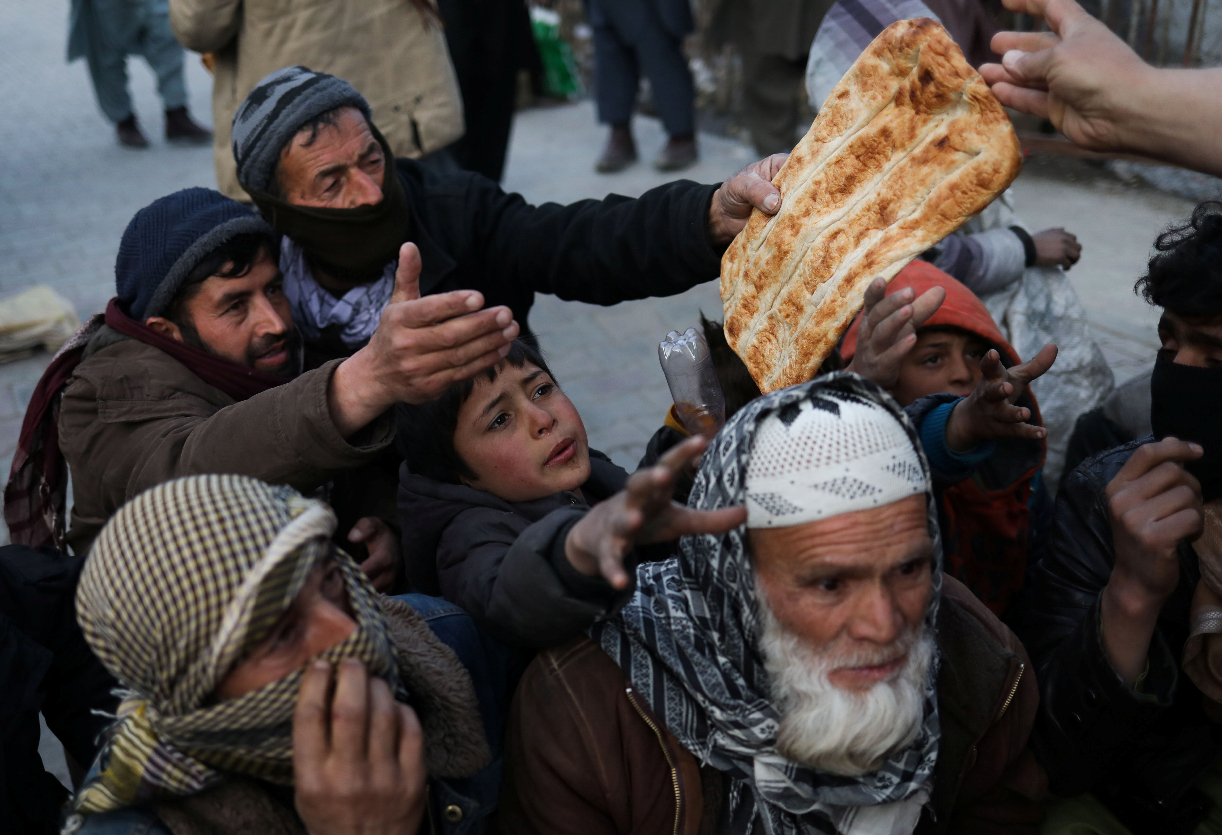 The triumph of the Taliban was the tragedy of Afghanistan

Afghanistan has long been a rentier state dependent on international aid. Aid has had a mixed impact on the long-term performance of the Afghan economy. From 2001 to 2021, the flow of aid has undoubtedly shaped the contexts of a modern economy and bureaucracy, stimulated a nascent but thriving civil society and private sector, and integrated the Afghan economy into the Mondial economy. Meanwhile, international aid has created a culture of dependency, increased systemic corruption and undermined state legitimacy. When the Afghan republic collapsed, international grants covered about 75% of the government’s public expenditure. With a gradual decline in international aid from 2014, economic growth slowed, while poverty and unemployment continued to rise. The pandemic and the escalation of the conflict in the last years of the republic had already brought the economy to the brink of collapse.

When the Taliban took power on August 15, 2021, Afghanistan became a pariah state. The country was isolated from international financial markets and its economy began to plummet. An absolute majority of the population has lost purchasing power due to job loss, distortion of civil service wages, declining household incomes (especially for female-headed households who denied the right to work) and the suspension of development aid. Total domestic expenditure decreased by 60%. Over 82% of households lost their wages, 18% of families resorted to the negative coping mechanisms of child marriage or child labor, and 7.5% of families started begging to survive. Of those still employed, at least 70% have lost a significant portion of their income.

The challenges of a failing economy and an extreme humanitarian catastrophe are rooted in three interrelated existential crises triggered by the triumph of the Taliban in Afghanistan: a crisis of legitimacy, a crisis of accountability and a crisis of governance.

First, the two main correlates of state legitimacy are people’s perception of the legitimacy of leaders to hold and exercise power, and citizens’ satisfaction with the state in terms of its ability to exercise power. the latter to maintain order and provide public goods. The rise of the Taliban by force and the discontent of the people with them are contrary to these principles. Afghanistan is now in a state of anarchy. There is no constitution – not a single law that defines the civil rights of citizens – and people have no influence over decisions that affect them in their daily lives. State-society relations are reduced to an oppressor-oppressed relationship.

The Taliban conceptualization of government is a theocracy guided by a group of clerics responsible for enforcing a dogmatic and intolerant version of Islam – preached to them in Pakistani madrasas – combined with a set of tribal norms of behavior primitives. This combination has manifested as a terrorist group in the past, and the current de facto regime has produced nothing but large-scale religious violence, radicalization and human rights abuses. This dogmatic perception has held back the Taliban over the past year, despite persistent national and international calls for the Taliban to seize opportunities to negotiate with fellow Afghans to form political consensus and a cohesive national discourse to bring the system together. fractured Afghan politics. Therefore, anarchism and the absence of a responsible and legitimate government in Afghanistan have triggered and fueled humanitarian catastrophe and economic turmoil, which can only be undone if the root causes are addressed.

Second, the de facto rulers in Afghanistan have failed to be accountable, both to the international community for their commitments under the Doha Agreement and to the Afghan people for their socio-economic management, budgetary expenditure and the provision of public goods. The Taliban censored the media and silenced dissenting voices and civil society; they left no accountability mechanism in place.

The Taliban simultaneously mobilize revenue from several sources. These sources include formal and informal taxation. Furthermore, the exploitation of Afghanistan’s natural resources and the Taliban’s monopoly on the cultivation, production and trafficking of opium are the de facto cash cows of the regime. Although the Taliban reportedly lowered corporate taxes slightly to stimulate the crippled private sector, they significantly increased informal collections, business license taxes, service fees and other pity taxes, which is also a factor. important part of the surge in retail prices in Afghanistan. Service charges for national ID cards, passports, birth certificates, marriage certificates and collections from street vendors, for example, have increased by up to 300%.

Upon entering Kabul, the Taliban began to overexploit Afghanistan’s natural resources. Over the past year, the Taliban-controlled Ministry of Mines and Petroleum has awarded contracts to operate nearly 200 small- and large-scale mines across Afghanistan. Last August, the ministry collected $7.9 million in revenue in just one week. On average, the Taliban’s mining revenue amounted to $23.8 million last month, according to data from the ministry’s web portal. The Taliban transport up to 500,000 tonnes of coal to Pakistan every month through the Kharlacha, Gholam Khan, Chaman and Torkham crossings. The Taliban’s finance ministry taxes coal exports at $60 a ton, including a recent 10% increase. Gross revenue for Afghanistan from the sale of coal (priced at $200 a ton) amounts to $130 million per month, most of which goes to the Taliban for their prerogative of awarding and managing contracts .

The Taliban has planned $2.6 billion in spending and targeted $2.1 billion in revenue for the current fiscal year. With the overtaxation of the Taliban and the relative efficiency of revenue mobilization, actual revenue will be much higher than expected. But the alarming extraction of revenue from a rapidly contracting economy with austerity on the spending side is putting the economy under further pressure. Despite a meager allocation of $0.31 billion (11%) of the total development budget, the Taliban regime has yet to initiate any significant development projects. In addition, humanitarian aid and the salaries of thousands of teachers and health workers across Afghanistan are paid for by UN agencies, saving the Taliban treasury a significant sum every month.

The question of what happens to the millions of dollars in revenue that falls into the hands of the Taliban, who pay nothing but the salaries of their civil servants (based on a reduced salary scale), remains unanswered. The Ministry of Finance has not made public the details of its revenues and expenditures, and there is no other transparent mechanism to ensure monitoring and transparency.

Third, a competent bureaucracy – currently absent in Afghanistan – is a crucial element of responsible government. The Taliban administration is filled with incompetent clerics who have crippled service delivery institutions. The provision by the international community of much-needed humanitarian aid and life-saving services has been a major relief for the Taliban regime.

Afghanistan’s acute humanitarian and economic challenges are more an institutional and accountability failure than the result of a lack of resources. Incompetent leadership, disrupted bureaucracy, absence of women in public services, drain of human capacity and humanitarian aid interventions have diminished the value of money and exposed over 90% of Afghans to insecurity eating. A UN report estimates that the immediate cost of the Taliban’s ban on women working for the Afghan economy is $1 billion, equivalent to 5% of GDP.

The Taliban’s refusal to appoint a competent and independent central banker has cost Afghanistan the collapse of its financial sector. The immediate repercussion of a failing banking system is the growth of informal financial markets, which could trigger potential money laundering problems in Afghanistan and beyond.

The Taliban rule Afghanistan by force, in an opaque manner and without the consent of the people. They have failed to deliver on their promises to negotiate a political settlement, maintain security, end relations with international jihadist networks, respect human rights and provide public goods to the Afghan people.

The inclusive government narrative promoted by the international community and some domestic elements is a failed narrative and cannot guarantee a lasting solution to the protracted conflict in Afghanistan. Over the past twenty years, ensuring inclusiveness has always been a challenge, and liberal elites could not agree on forming an inclusive government. Now, with the totalitarian Taliban on the scene, the idea of ​​forming an inclusive government is absurd. Inclusiveness in the form of the integration of certain people of specific origins into a Taliban government will be a repetition of the failed and destabilizing experiments of the past. A long-term solution to Afghanistan’s instability lies in all parties submitting to the will of the people through a legitimate process. The international community should hold the Taliban accountable for their behavior and pressure them to negotiate jointly with other Afghans to decide the future of Afghanistan.

Mirwais Parsa is a research fellow at the Center for Governance and Market at the University of Pittsburgh.

My patron-funded look at the entirety of Batman Beyond ends anticipating Chappie and contemplating Terry’s lonely existential fate.