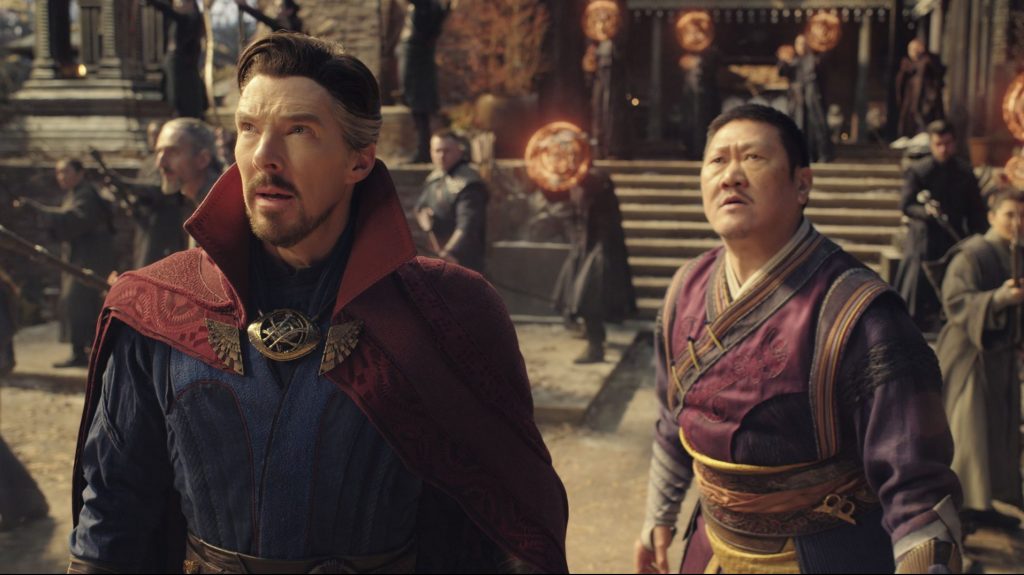 It’s a tired cliché that the movie industry is derivative. Anyone who owns both “Deep Impact” and “Armageddon” on DVD could speak of similar authority.

But the most unique ideas about our culture are found in such repetition. With my apologies to Tipper, our media do not shape us; rather, our societal neuroses produce media in our image. It might seem odd to end the 1990s with two meteorite extinction movies, but then again, a country that has recently learned more than it needs to know about its president’s inclinations might yearn for sweet annihilation instead.

So what do we think of the recent cultural takeover of the multiverse? For anyone who doesn’t follow Neil deGrasse Tyson on Twitter, the multiverse is a theoretical concept that swaps the conventional understanding of the universe with a concept where all possible permutations exist simultaneously. For example, there could be a universe where your skin is blue, or where you’re the fifth Beatle, or even one where you’ve chosen to do something more productive than reading this.

Two films currently in theaters, “Doctor Strange in the Multiverse of Madness” and “Everything Everywhere All at Once,” playfully entertain this theory. The popular animated television show “Rick & Morty” has made it its daily bread for years. (If you don’t know “Rick & Morty,” ask the nearest 13-year-old boy you meet. If none are available, just insult the show on social media and they’ll find you.)

So, what societal desire do these media satisfy, enough to warrant sufficient leeway for mutual coexistence? Simply, everything. The multiverse is modernity’s groping grasp for meaning, transcendence masked under the guise of tolerable science. In a world in a rush to abandon religion, the multiverse attempts to fill the growing void left in its wake.

“Doctor Strange”, “Everything Everywhere” and “Rick and Morty” all feign nihilism, even absurdism. Nihilism in the multiverse has a certain meaning. It’s hard enough being alone in the universe, but when there are trillions of universes and thus trillions of versions of yourself, you even lose your authenticity. There is no lonelier place than a crowd.

But, interestingly, these three media ignore the implications and insist on their pre-eminence in a bored cosmos. Protagonist Rick Sanchez is still the smartest scientist in the world he enters. Michelle Yeoh’s humble laundromat owner in “Everything Everywhere All at Once” is wanted across the multiverse because only she has the skills to defeat a transuniverse evil. And our universe’s “Doctor Strange” turns out to be the only version of himself who doesn’t betray his friends.

Reincarnation believers are infallibly convinced that they were Charlemagne in a past life. None suspect that they cleaned his chamber pot, or perhaps the pot itself. The same goes for supporters of the multiverse. They statistically understand that they’re just a pinch on the galactic donut, but can’t get rid of the idea that they’re somehow the filler. A character from “Everything Everywhere” denounces the fact that since the emergence of the heliocentric theory, humanity has been steadily retreating from cosmic significance.

Christianity asserts that despite our location, we are created in the image of God and can therefore safely reconcile our conflicting meanings. But the secular world cannot justify this innate self-esteem. The world always needs a savior, and somehow the savior who rises is always the public’s substitute. Everyone is just a supporting character; they, and therefore we, are the protagonists of reality.

The contradictions continue with the moral. By the logic of the multiverse, moral relativism should be the name of the game. Yet, oddly enough, none of the multiverses pursue this ethical freedom. Instead, they opt for a more blurred frame. In the cinematic multiverse, a declawed Christian ethic becomes, quite literally, a universal moral code.

Look no further than one of the many climaxes in “Everything Everywhere” (it makes “Return of the King” look pithy), where a character says “we have to be nice, especially when we don’t know what is happening .” 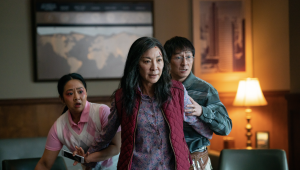 Michelle Yeoh, center, in “Everything, Everywhere, All At Once.” (IMDB)

It’s a really wonderful trick. It dissolves any demands on traditional restrictions, reducing morality to a peacefully vague platitude. In a truly indifferent multiverse, true kindness has no real rationality besides failing to rock the proverbial boat. In another highlight of this film, Michelle Yeoh’s Evelyn uses her cross-universe knowledge to satisfy her various fighters with material or sexual satisfaction. But this is not true benevolence, it is rather a pacification through satiety. In the morality of the multiverse, “benevolence” is more sedative than love.

The real danger of the multiverse is that it supersedes not only the fruits of religion, but even God himself. The main thesis of “Everything Everywhere” is that our lives have no meaning in the infinity of the cosmos, so any meaning that can be found in creation resides in matter. But that’s like saying we have to pretend oxygen exists to breathe.

Likewise, the message of “Doctor Strange 2” is that if you can’t be happy, you can at least find comfort in having a version of yourself living your best life. The sky becomes our own earth. The multiverse provides a do-it-yourself solution to age-old questions of purpose and the afterlife. Perhaps most telling is a late quote in “Everything Everywhere,” where our hero states that “the universe made me your mother.” Rather than killing God, the multiverse subtly replaces him. God remains a Father, but a cool father who allows you to drink in the house.

If this take on the metaverse sounds like a freshman course in existentialism, that’s because it ultimately is. The cinematic portrayal of the multiverse is fundamentally juvenile, allowing budding Sartres, too cowardly for Camus, to have their cake and eat it too. The Multiverse is essentially the Netflix version of Theology; when presented with thousands of options, it becomes far better to scroll instead of just selecting.

As Chesterton said, the danger of losing God is not that we believe in nothing, but rather in anything. Even all at once.