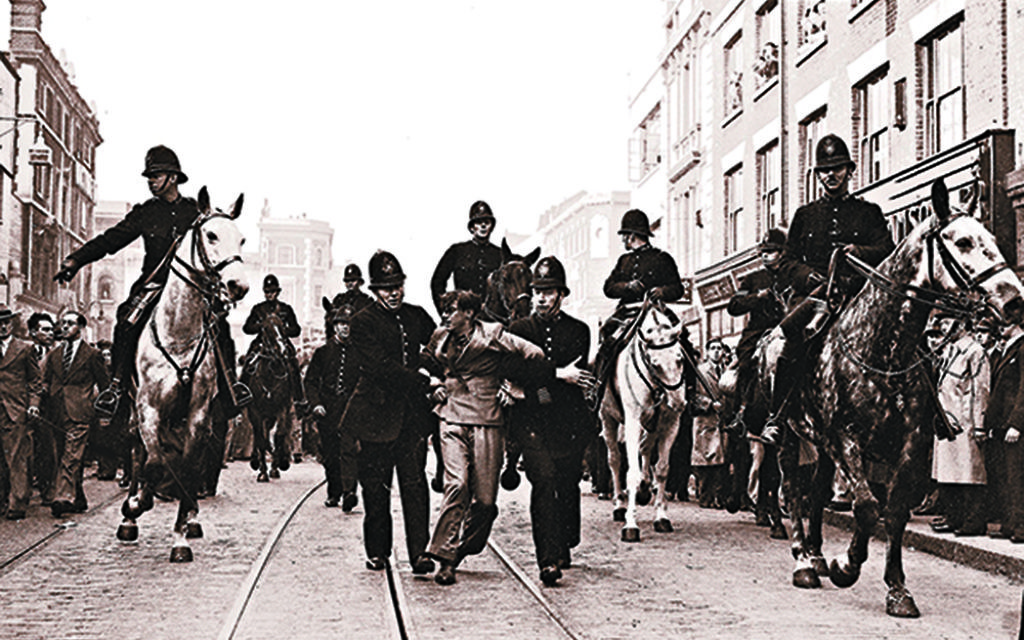 Torah for Today: The Battle of Cable Street

Next week marks the 85th anniversary of the Battle of Cable Street on October 4, 1936, when riots broke out between anti-fascists and Black Shirts. What does the Torah say about turning 75 and the fight against fascism?

Abraham, our ancestor, was a subject of Nimrod, a cruel despot who threw whom he did not love into the flames of his stoves. According to legend, Abraham survived such an attack.

At 75, Abraham had a vocation to leave his homeland and prepare for a future destiny elsewhere.

Much later, Daniel and his friends were thrown into a furnace by another power-hungry king, Nebuchadnezzar, inspiration centuries later from Iraqi dictator Saddam Hussein.

Daniel and his friends also survived, unlike so many who perished at the hands of the Inquisitors and Fascists of the Third Reich.

Before the march on October 4, 1936, locals asked the government to ban the march. However, he went ahead with 20,000 of Oswald Mosley’s fascists, 2,000 of whom were allowed to approach the protesters, which included trade unionists, communists, anarchists, British Jews, Irish dockworkers. and socialist groups.

Protesters swept away the fascists with whatever they could get their hands on, and the women emptied chamber pots over their heads.

This scene is reminiscent of another fascist threat, this time against the Jews of Persia. But in this case, their leader, Haman, was humiliated first by leading Mordecai through the streets to honor him, and then, according to legend, by his own daughter, who emptied a chamber pot over her head. father. When she realized who Haman was, she committed suicide.

The face-to-face between Nazi and Jew, fascists and supporters of freedom, is at the very heart of Judaism, a religion conscious of existentialism.

The need to exist physically puts aside almost all other considerations, and the most convincing, shortest and most obligatory Torah reading of the year – Nitzavim – is the one who warns us to “stand guard” and to shout: “No pasarÃ¡n!