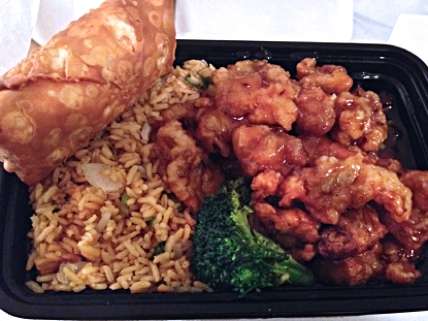 What is the meaning of Christmas for the existentialist atheist Jew?

Like many of my fellow travelers in atheistic Judaism – from Matt Stone to Mark Zuckerberg, Albert Einstein and Sarah Silverman – I have always struggled to understand this one. Every holiday season I ask myself: Should I go with the flow and discover the true meaning of Christmas? Or should I eat Chinese food alone again? It’s my annual Christmas kampf.

There is no doubt that the Christmas dinner with the goyim can be fun. It’s friendship. It is gluttony. It’s Jimmy Stewart and Julio Iglesias. That’s what the Americans do. I understand.

But in the (non-)spirit of atheist existentialist philosopher Jean Paul-Sartre, I feel a moral imperative to live authentically. If I want to be as true to myself as possible, if I want to throw off the symphony of savory conformity that begins on Halloween and turns into a kitschy crescendo on New Year’s Eve, there’s no better time to be myself as the Jesus birthday.

It would be disingenuous of me to pretend that the Christmas holidays don’t make me a little uncomfortable. While the presence of honey-glazed ham and the soothing vibrato of Mariah Carey (but I repeat myself!) floats most Americans in a thick fog of haimish holiday nostalgia, even the smallest Christmas decoration reminds me that I am, by heritage and temperament, a cultural outsider. The very idea of ​​worshiping another Jew who is suffering and who takes himself for the son of God has always given me, as Sartre would say, a little nausea.

Hanukkah is supposed to be the Pepto Bismol for my Christmas nausea. That’s the whole point of elevating an otherwise forgettable week of the Hebrew calendar to the pinnacle of the Jewish year. Since its revival among Jewish immigrants who settled in the American Midwest in the late 19th century, Hanukkah has been promoted as a countervailing force against the immovable object that is Christmas.

In other words, Hanukkah was born out of anxiety. Like a trembling Ren and Stimpy trampled under Santa’s galloping reindeer, Hanukkah is perpetually nervous and competitive about his bigger, bolder Christian rival. As if defensive escalation were the reason for the season, Hanukkah openly brags, “Got a day of freebies? Ha! We’ve got eight!” As George Washington University history professor Jenna Weissman puts it, Hanukkah is the “penis envy” equivalent of Christmas. (What did you think all those menorah candles represented?)

Even worse for me, the Hanukkah myth is all about miracles. And I don’t do miracles.

So instead of indulging in Hanukkah neurosis or conforming to sugary Christmas rituals, I learned to take perverse pleasure in the tension of resistance. While the rest of the world eats its turkeys on Christmas Day, I’ll wander the empty streets of the Silent City, making a solo pilgrimage to Great Wall Szechuan House or New Big Wong or Dragon Express II. Alone with my chopsticks and the unbearable silence of an indifferent world, I will feast on a big bowl of hot and sour soup. Next, I’ll say a heartfelt prayer to the earthly personification of atheistic Jewish Christmas, the militant, yet delightfully crusty anti-Santa Claus known as General Tso.

Authenticity, it is almost needless to say, consists in having a true and lucid awareness of the situation, in assuming the responsibilities and the risks that it entails, in accepting it… sometimes with horror and hatred. (Anti-Semite and Jew, 1946)

The atheistic existentialist Jewish Christmas is not easy, but it is authentically me.

If you think my existential fear of Christmas makes me a Socratic scrooge, last week Reason TV explored something a little happier: the idea of ​​libertarian existentialism. look Why Jean-Paul Sartre should have been a libertarian! here.

How to get into… the master of film noir Robert Siodmak