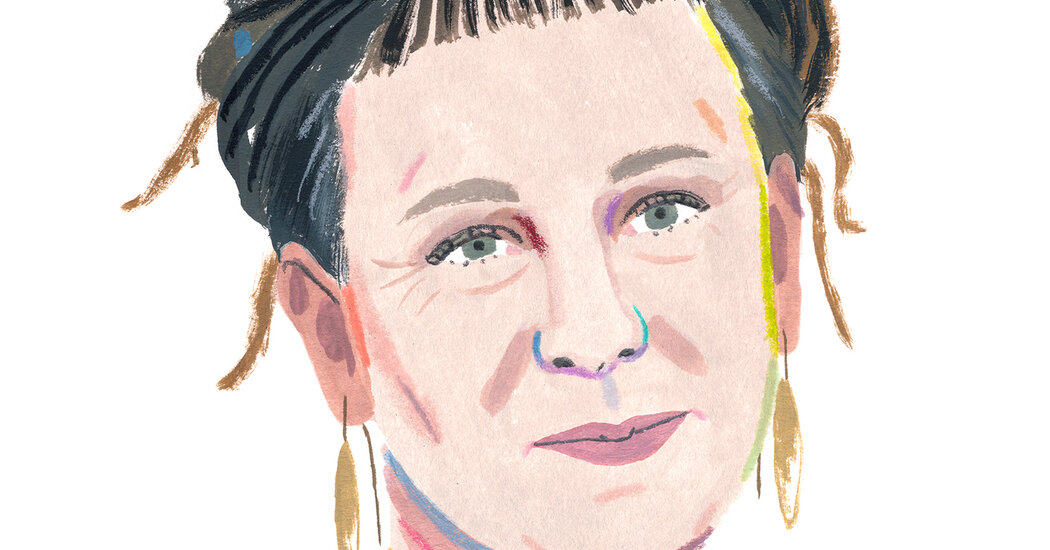 Why Olga Tokarczuk likes to read TS Eliot in translation

Above all, anything that helps me write – books related to the subject, to the historical period, which can be scholarly works and novels, as well as poetry and art books. When I write, nothing else really interests me.

I avoided reading the great novels, the ones that made a real impression, because I was afraid that they would influence my style too much, that I would succumb to their influence. I don’t feel that anymore.

What touches you the most in a literary work?

I think it’s the fact that literature is its own republic where people can live and work together and, perhaps more than anything, communicate perfectly – deeply, empathetically, morally, intellectually and in a revolutionary spirit. Sometimes a knowing look and a single sentence will be enough for that perfect communication. The constitution is made up of passages from great books, and the history of the republic is also the history of literature, of all the classics and of all the literary epochs which have preceded ours. The present is a wild jumble of voices, all very different from each other, but often unintentionally similar. Here the tendencies predominate, the parties are taken, the elections are made in the form of literary prizes and lists of bestsellers. There is also an opposition, and even a clandestinity. What is strange is that fictional characters live alongside the citizens of this republic, where they have equal rights.

What genres do you particularly enjoy reading? And which do you avoid?

I’ve always loved science fiction. You could say that’s what I was brought up on. The most important authors for me were Lem, Dick, the Strugatsky brothers. I don’t like fantasy, with one exception: Ursula Le Guin, but she rises above the genre. I’m not a big fan of mystery novels and I’ve only read Agatha Christie, nothing else, really. I don’t really read non-fiction except biographies. I really think the best genre is just a good, solid novel.

They are always distinctive characters. Herr Doktor Peter Kien is a reclusive and eccentric bibliophile of a book I adore, “Auto-da-Fé” by Elias Canetti. He is a character that fascinates me, that I find both attractive and repulsive. I feel that I also have something eccentric in me. Ijon Tichy is a character from Stanisław Lem’s stories, some of the craziest works I’ve read. I grew up in The Cosmic Adventures of Iljon Tichy, which approaches the most improbable adventures of the cosmos that a human mind has ever imagined with cautious reserve. I think he was the first to survive a time loop, before Hollywood picked up on this idea. Everyone knows Pippi Longstocking, so I won’t describe her here. What an idol. She taught me courage and how to bring my ideas to fruition. Miss Marple is my idol for my last years. I adore his curiosity, his tenacity and his adorable sense of self-mockery.

KGVO speaks with Governor Gianforte on Canada, masks and mandates