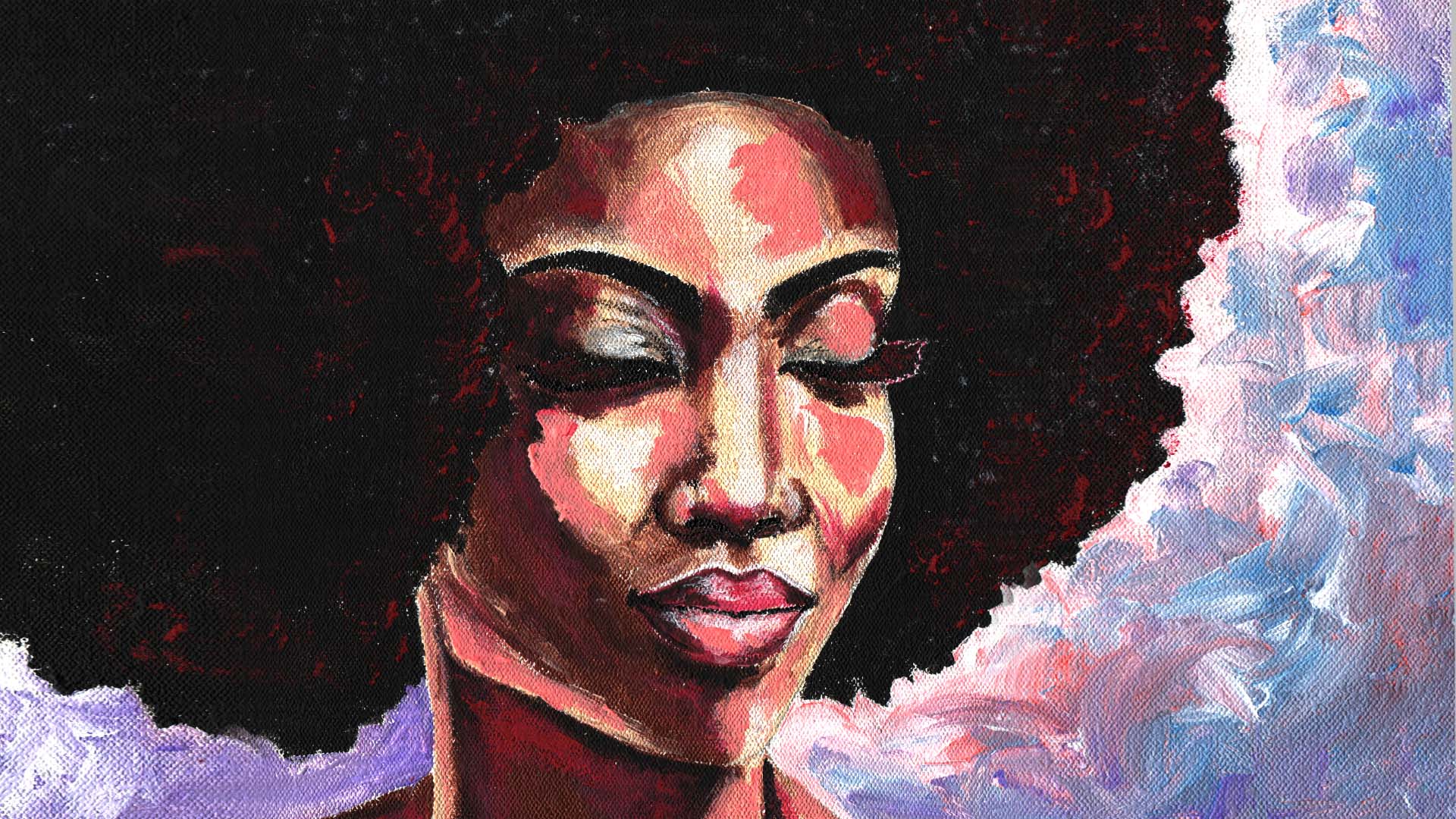 If you follow world news, you know something is wrong. A storm is raging around the genre, and we have yet to face its full fury here in Africa. To the world, gender means nothing beyond biological differences. Gender doesn’t matter. Thus, marriage and the family have become mere cultural constructs or obsolete institutions. This remarkable disintegration is unfolding before our eyes. And its implications for our understanding and celebration of womanhood are enormous.

Today, even the biological difference is fading. During his first week in office, Joe Biden issued an executive order to include transgender athletes on women’s teams in high school and college sports. The directive stated that “children should be able to learn without worrying about whether they will be denied access to toilets, changing rooms or school sports”. He added that the Biden administration will “prevent and address discrimination based on gender identity or sexual orientation.”

The language suggests that gender is a uniform that one can simply put on or take off.

The language of gender identity and sexual orientation suggests that gender is a uniform that you can simply put on and take off, whenever you want. In the name of stopping discrimination, biology no longer has a say. As I said, this article will not question these global trends. Instead, I want to show how femininity is suppressed and ultimately suppressed in these conversations.

How did we come here?

Elizabeth Elliotin an essay on the essence of femininity, notes, “Throughout millennia of human history, until about the last two decades, people took it for granted that the differences between men and women were so obvious that they needed no comment. They accepted the way things were. But our easy assumptions have been assailed and confused; we have lost our bearings in a haze of rhetoric about something called equality, so that I find myself in the uncomfortable position of having to insist to educated people on what was once perfectly obvious to the most simple.

Existentialism asserts that people are free agents who control their choices and actions.

The dilemma described by Elliot grew out of humanism and existentialism. Neither claim that God is sovereign over his creation. Humanism postulates that the world is only a natural place, where reason and science suffice. Existentialism, on the other hand, asserts that people are free agents who control their choices and actions. The women’s movement that arose in the 1950s encouraged women to look to themselves and their intellectual abilities rather than to God for ultimate satisfaction. As feminist thinker, Betty Friedan, writes“we women do not need and cannot trust any authority other than our own personal truth.

The deep reasons for our rejection of femininity

As Christians, this should not surprise us. God warns against such tendencies in His Word. Paul’s speech in Romans 1:18-32 echoes the deeper problem of mankind’s sin. Paul notes that the world is under God’s judgment because he overthrows the truth. Furthermore, he says that mankind knows the truth but deliberately suppresses it. Instead of choosing the truth and its foundation, which is God, we continually harden our hearts and consciences, rejecting what Elliot rightly called “full self-evident.”

Humanity knows the truth but deliberately suppresses it.

So, in turn, God leaves the world blind and allows it to wallow in its own deception. So, in our idolatry and vanity, we ignore the obvious biological distinctions between genders and complementary roles. To do so is not simply to carelessly follow the course of culture. It is rejecting something that God clearly says in the Bible. And because he insists that gender matters, so does your femininity.

Women are different, but just as much in the image of God

1. Womanhood is about God

God created woman for her ultimate glory and fame. Like man, woman was made in the image of God and bears the same responsibility as him to reflect God (Genesis 1:27). To be a woman is not to be a second-class citizen. Women were not an afterthought. Instead, as bearers of God’s image, we share his nature and possess abilities that no other creature has.

In Genesis 1 we read about a good God who is intentional about every part of his creation. The text constantly affirms that God was pleased with his work. He called it good at every stage of creation (Genesis 1:1, 12, 18, 25). But when God created man and woman, his masterpiece, the creation was complete. God saw it all and it was “very good” (Genesis 1:31).

Although both Adam and Eve are created in his image, commissioned to be fruitful and multiply, they fulfill this mandate differently. In doing so, they reflect different aspects of God’s character. More importantly, they had to do it together, not separately.

When God first introduces Eve to Adam, he begins to sing (Genesis 2:23). Adam recognizes her beauty, as well as her stark contrast to him. She was different from him for a reason. We’ll get to that in a minute, below.

The Genesis story begins with a love story. It is very profound, because there will be great weddings at the end of time (Revelation 19:9). Augustine said it well, writing, “As Eve came out from Adam’s side, so the Church was born out of Jesus’ breakthrough at the cross.” God knew that sin was about to call at the door of the first couple. He therefore modeled it after the relationship that would thwart sin once and for all, namely Christ and the Church (Romans 5:14; Ephesians 5:23-24).

Femininity has a particular purpose and design

First, God created woman and called her to be man’s helper. Adam could not be fruitful or multiply without another. So God, in his divine wisdom, provided him with someone to back him up. The term “help” by worldly standards connotes weakness. But in Scripture it reflects who God is in himself (Psalm 27:1-8; 46:1; 54:4).

Second, God created woman to give life and nourish. Filling the earth is not the work of one person (Genesis 1:28). Our bodies testify to this hidden but significant truth. Mary Kassian, in her book, Real Woman 101says: “While the male body produces large amounts of testosterone, which drives forward, risk taking, protection and conquest, the female body produces large amounts of oxytocin, promoting bonding and affiliation and strengthening the maternal instinct”.

God created woman to give life and nourish.

The world, unfortunately, has despised motherhood. Part of the reason is that children are seen as a waste of time, annoying interruptions. But another extreme exists, which says that motherhood is the singular goal of femininity. Above all, not to mention the Bible, giving birth and raising children is a gift from God. But not all women are called there by God. However, we should have a God-honoring attitude toward motherhood (Titus 2:4).

Femininity is more than motherhood

This vital characteristic is symbolic of the influence women can have in their relationships, homes, churches and communities. We give life when we share words of encouragement with those who are discouraged. We encourage as we seek to make disciples and mentor other women. Although motherhood is one of the highest badges of honor in African culture, God celebrates womanhood whether there are children or not.

God celebrates womanhood whether there are children or not.

Nurturing involves viewing both household chores and hospitality as a God-given mission to women. This is true whether we are single, married or widowed. The world gives us the misconception that home is secondary. He says household chores are meaningless, but unavoidable chores. However, in God’s economy, a home is a sacred place where children with immortal souls are nurtured. Here, their worldview will either be shaped for the glory of God or not. Therefore, true ministry to souls occurs in very ordinary places (Titus 2:3-5).

A lady said to me, “I love this canvas you painted, but what about my intellectual skills? Should they all be wasted?

Women, God confirms your gifts and skills! However, at the same time, we must remember that our identity is not found in any of the things He has given us, be it intellectual insight, children, marriage, career, etc. Instead, our identity is found in God alone. Unfortunately, much of our upbringing and vocations today leads us to cut this beautiful design as women. It is up to us to ask God for step-by-step guidance in creatively using our gifts to joyfully serve others both inside and outside the home.

Determine the season of life you find yourself in and how you can serve faithfully in it.

A second common objection is, “What about the abuse women suffer at the hands of men?” Isn’t he encouraged by the Bible’s teaching on womanhood?

This requires a lot more ground to deal with. But, in a nutshell, I will say that we live in the post-Fall era in which the world is stained with the consequences of sin (Genesis 3:14-18). I honor the men and women who seek to reduce these injustices, and while we can be part of that solution, remember that we are all guilty sinners in need of God’s redemption through His Son, Jesus. He is the ultimate solution for sin.

And so, I leave you with this challenge. Determine the season of life you find yourself in and how you can serve faithfully in it. If we are indeed disciples of Jesus who want to proclaim his lordship, we must align ourselves with God’s purpose. I have worked to explain how each of these facets reflects God. Our gender is deeply marked by God himself. So our femininity is about God. How we choose to live it says a lot about our understanding of who God is.

‘Evil happens’: YU professors discuss Ukraine, Russia and what you need to know